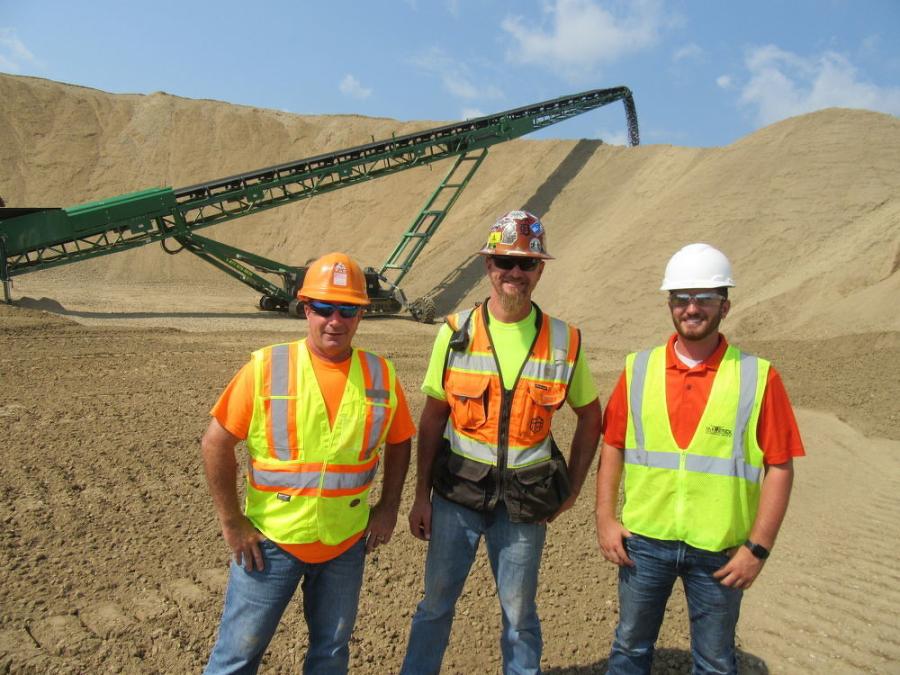 When Maverick Environmental Equipment's Tim Smith received a call from Kurt Kremer of the Barton Malow Company regarding site work for the new Ultium Cells LLC facility in Lordstown, Ohio, he was quick to react. Within an hour, he was on site reviewing the work required to construct the new $2.3 billion battery cell manufacturing plant located on 158 acres immediately east of a former GM assembly plant.

Ultium Cells LLC forecasts that production at the nearly 3 million-sq.-ft. plant will commence in early 2022 and anticipates creating more than 1,100 new jobs in northeast Ohio. 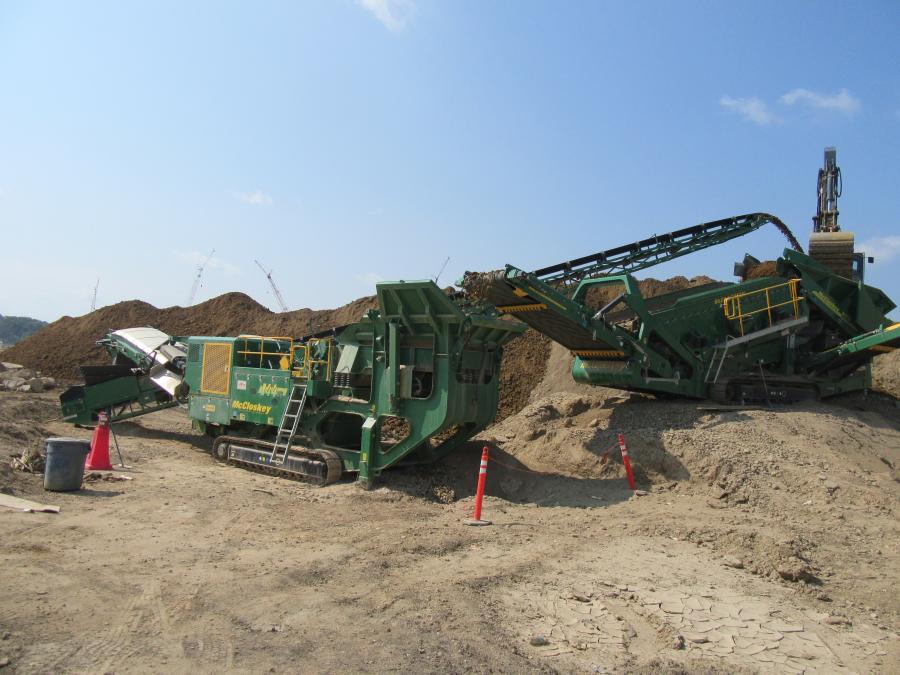 Barton Malow, a general contractor and construction management company headquartered in Southfield, Mich., specializes in building industrial, health care, educational and special-event facilities. The company has a total of 15 branch operations with locations ranging from Illinois to Florida.

As the general contractor in charge of construction on the Ultium project, Barton Malow is responsible for all aspects of the work except electrical and HVAC.

Maverick Environmental Equipment, headquartered in Alma, Mich., with a branch in Newbury, Ohio, seemed like a natural choice to design and provide portable equipment for a crushing and screening spread to handle the site prep work.

Maverick began operations in 2016 when industry veterans Tim Smith and Charlie Stahl, joined forces to build their own company. The company is focused on providing machinery-based solutions for environmental applications, including aggregate processing, waste recycling, forestry and biomass.

Site work involved preparing a base for the factory's 60-acre footprint as well as infrastructure requirements for the surrounding land, requiring a massive development effort. Ultimately the base for the factory will consist of crushed virgin sandstone excavated and processed on site to be set at a depth of 20 ft., followed by 12 in. of limestone and topped off with 2 in. of limestone screenings.

Dirt excavated from the site also required screening for use as topsoil for the facility grounds. Smith's design for the spread included:

The new portable McCloskey I44V3 has been redesigned with input from McCloskey customers worldwide. The new design with a direct drive rotor and enhanced material flowpath has produced a high-quality, high-production crusher, with lower fuel and O&O costs. The I44V3 has been designed and built to meet the demands of asphalt recycling, concrete recycling, rock crushing, construction and demolition materials.

With a setup time of 10 minutes, the R230 mobile screener is designed for stand-alone operations, or as the primary scalping component in a crushing and screening spread.

McCloskey's ST100 tracked stacker is a mobile unit with a large feed hopper and a production capacity of up to 800 tph. With a 36 in. by 100 ft. heavy-duty main conveyor belt and a maximum 22.5-degree conveyor angle, the unit accommodates outstanding stockpiling capabilities of up to 40 ft. 7 in.

The McCloskey ST100 tracked stacker is powered by a 74-hp diesel engine; sets up in five minutes; and its straightforward hydraulic controls to fold or unfold and raise and lower the conveyor offers easy and efficient operator functionality.

According to Nick Hebel, Barton Malow's civil superintendent, after accepting Maverick Environmental Equipment's proposal, the dealership proceeded with speed and efficiency to get the equipment on site, set up and ready to work.

According to Smith, the Ohio EPA worked quickly on permitting for the equipment, which helped move the process along. The Ultium Cell LLC facility was the first time Hebel worked a crushing operation and he found that the team at Maverick Environmental Equipment was extremely helpful, providing training at its Newbury, Ohio, facility and has continued to be extremely responsive in addressing maintenance issues and operational expertise.

As a resident of Michigan working for an extended period of time in Ohio, Hebel has been eager to complete the job at the site as soon as possible. To achieve this, the Barton Malow crew has worked two shifts for three months. Hebel stated that the equipment has run smoothly throughout, and they've averaged more than 500 tons per hour on the job site. 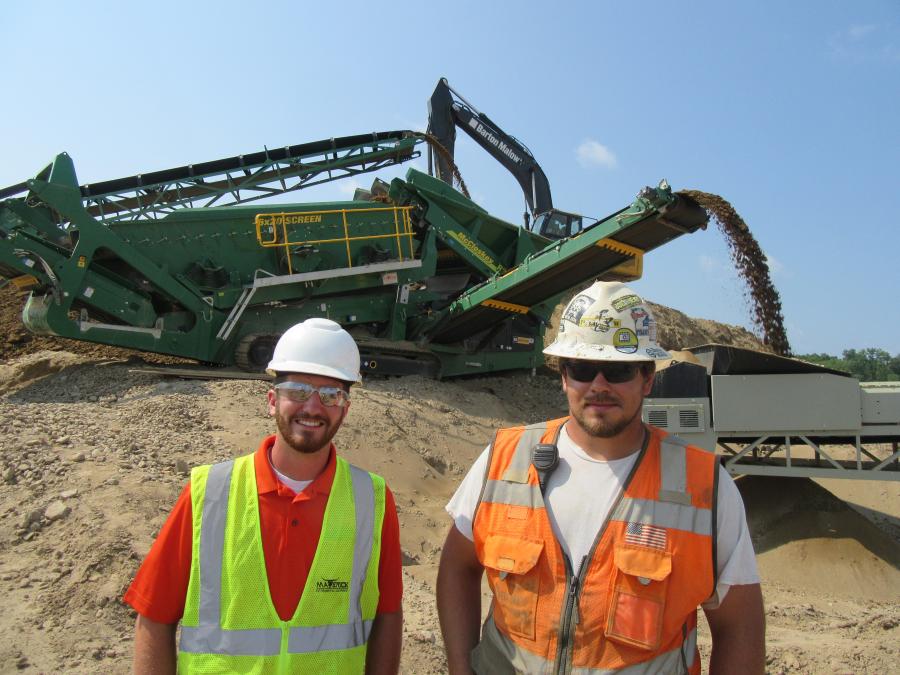 Work commenced at the site on May 1. By early September, Hebel estimated that the company had crushed and screened more than 800,000 tons of material. Due to material and construction requirements, Barton Malow has had more than 20 haul trucks working to keep up with the crushing and screening spread.

Barton Malow crusher operator Jack Cronick has been impressed with the McCloskey I44Rv3 impact crusher's production capabilities as well as the ease of operation and the mobility which allows them to move and reconfigure the equipment throughout the site as needed.

According to Doug Potter, Barton Malow's screening operator, the McCloskey R230 screeners have not only delivered outstanding production but have proven to be extremely dependable as well. CEG