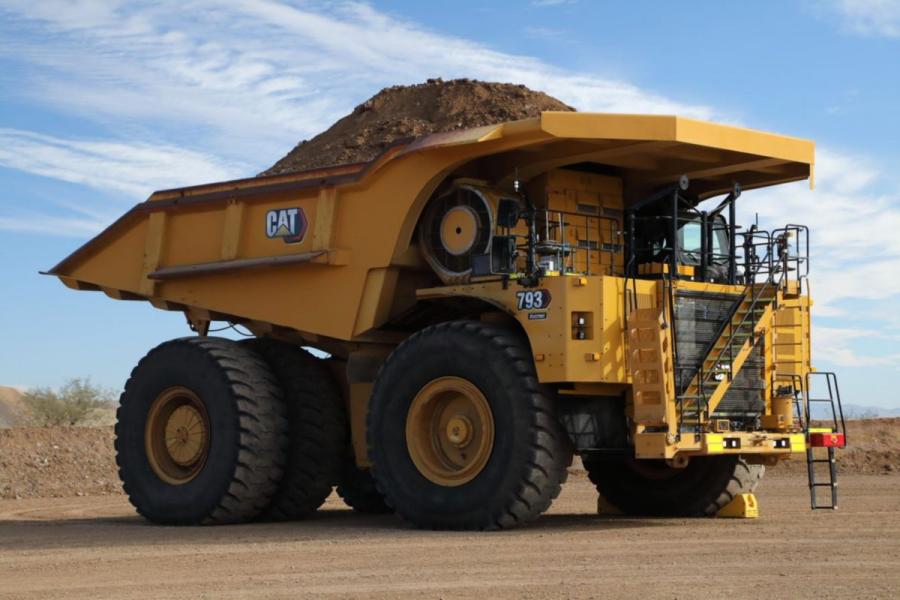 Caterpillar Inc. announced a successful demonstration of its first battery electric 793 large mining truck and a significant investment to transform its Arizona-based proving ground into a sustainable testing and validation hub of the future.

"Our global team came together to develop this battery truck at an accelerated pace to help our customers meet their sustainability commitments," said Resource Industries Group President Denise Johnson. "This demonstration is a significant milestone, and we are excited for these trucks to get to work at customers' sites around the world in the near future."

The Early Learner program launched in 2021 and focuses on accelerating the development and validation of Caterpillar's battery electric trucks at participating customers' sites. This approach supports the individual commitments each Early Learner participant has made to reduce and eliminate greenhouse gas emissions from their operations. A primary objective of the program is for Caterpillar to collaborate more closely with its customers as the industry undergoes transformational change through the energy transition.

Early Learner customers came together to witness a live demonstration of Caterpillar's prototype battery truck on a 4.3-mi. course. During the event, Caterpillar monitored over 1,100 data channels, gathering 110,000 data points per second, to validate simulation and engineering modeling capabilities.

Fully loaded to its rated capacity, the truck achieved a top speed of 37.3 mph. The loaded truck traveled 0.62 mi. up a 10 percent grade at 7.5 mph. The truck also performed a 0.62 mi. run on a 10 percent downhill grade, capturing the energy that would normally be lost to heat and regenerating that energy to the battery. 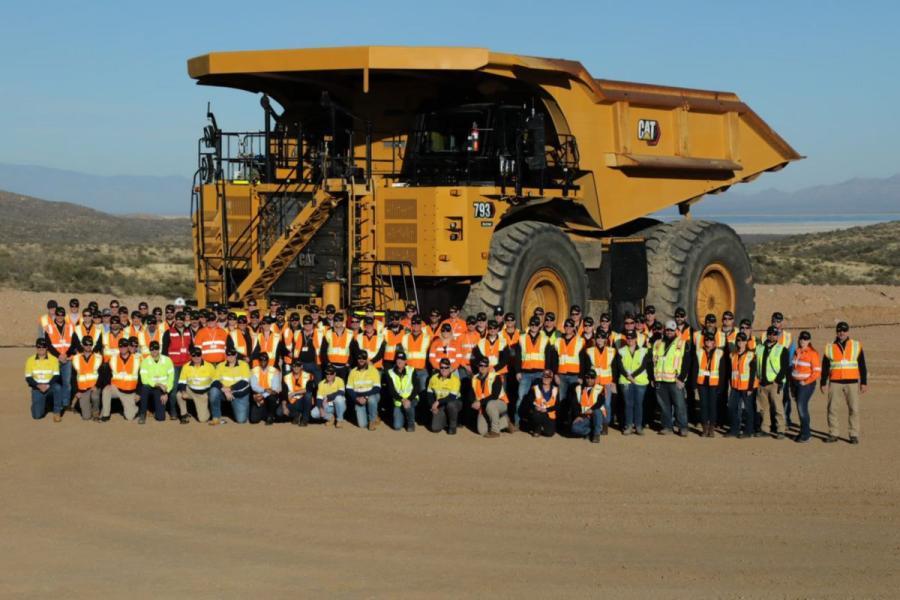 Mine Site of Future

In support of the energy transition, Caterpillar is investing to transform the proving ground into a working, sustainable "mine site of the future" by installing and utilizing a variety of renewable energy sources. The objective is to implement the same sustainable solutions mining companies will use at their own operations to learn firsthand what it takes to run an electrified mine site and effectively support customers through the changes.

"The transformation of the Tucson Proving Ground allows Caterpillar to demonstrate our energy transition commitments and serve as a stronger advisor to customers as we navigate the changes together. We know it will take an integrated, site-level solution for miners to achieve their carbon-reduction goals, and we're here to help as they redefine the way they mine for generations to come," said Johnson.

As part of the site transformation, the company will install the latest advancements in sustainability technology, including green hydrogen production, natural gas and 100 percent hydrogen reciprocating engine power generation, fuel cell power generation and expanded energy storage systems. The site also will leverage a variety of renewable power sources, including wind, solar and hydrogen, capable of powering the facility and its products as they become electrified.

The transformation of the facility also will serve as a learning platform for optimizing charging and energy management integration.

The Illinois Association of Aggregate Producers invites teachers to its three-day workshop July 20 to 22, on the importance of rocks, minerals and mining in daily life.

Philippi-Hagenbuch Inc. introduced Aaron Boyce as a business development manager with an emphasis on mining.

Despite a pending severe winter storm, representatives of Michigan's aggregates industry made a strong showing at the Michigan Aggregates Association (MAA) annual conference and trade show.