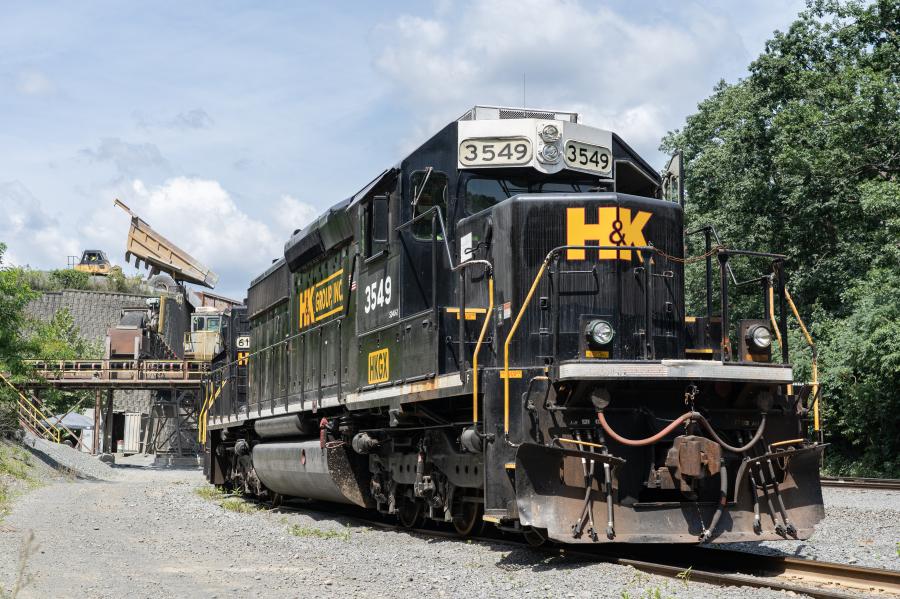 Located in Berks County, Pa., Birdsboro Quarry has a rich mining history dating back to the 1920s. H&K acquired the quarry and commenced operations in 2000. 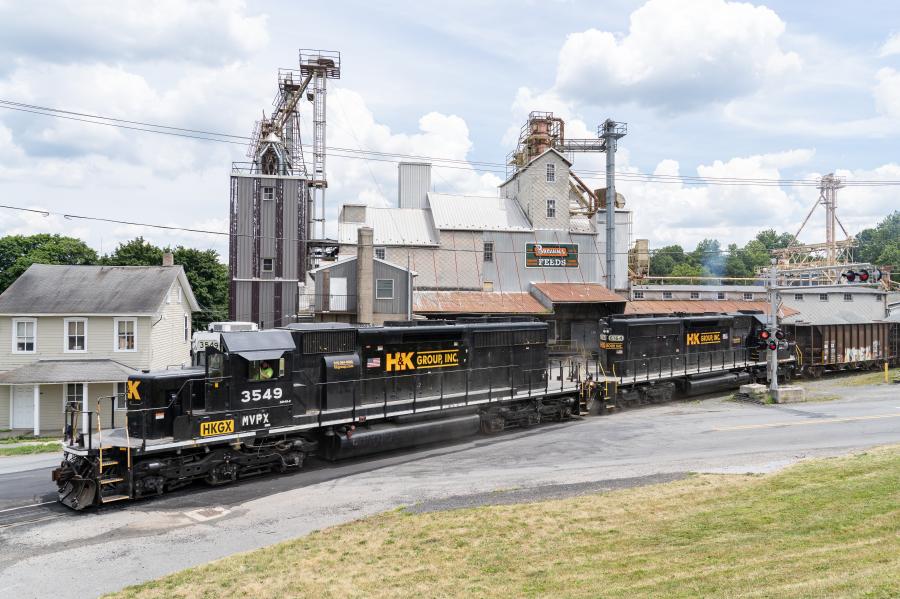 When H&K initially began Birdsboro Quarry operations, the two locomotives sourced for the job were SD38s from the Reading & Northern (RBMN) #'s 2002 and 2005. One of the units, HKGX #2002, featured a smiley face and also had Autism Awareness ribbons applied to it. This was done in recognition of Matthew Haines, the son of H&K's Vice President and Chief Operating Officer James T. "Jim" Haines and Pam Haines, and grandson of company co-founder John B. Haines IV.

Both SD38s had quite a rich history. They were built in July 1969 for the Detroit, Toledo & Ironton Railroad. After the DT&I was dissolved, they were acquired by the Grand Trunk Western Railroad before being purchased by the Reading & Northern (RBMN). As part of the purchase agreement of the new locomotives, both SD38s were traded in to Motive Power Resource (MPR). The SD38s had all of their reusable parts recycled with the rest being scrapped. Fortunately, the salvaged pieces will keep other units in service for some time.

The two new EMD (Electro Motive Division, formerly a division of General Motors) SD40-2s were purchased from Motive Power Resource (MPR/MPVX) and arrived on H&K property in early February of this year. SD40-2s are among the most reliable locomotives in service today and it's no wonder as to why they are so popular; some have been in service for almost half a century. The two units, with 3,000 hp each, are ex-Norfolk Southern (Norfolk Southern Corporation/NS), with #3549 being of Burlington Northern heritage and #6164 being of Southern Railway. Once on the property, the locomotives went right to work. Shortly before the summer of 2022, H&K's Austin Graphics division applied the new branding to the locomotives.

Two to three days a week, a crew of four assists with loading the train, plus the off-road truck and hauling operators. The current loadout operation has two hoppers (for ease of loading specific aggregate) and each hopper is filled by a large rigid frame haul truck. The trucks retrieve the material from the stockpiles within the quarry plant. From here, the operator of the loadout plant simply selects which hopper will be emptied and the aggregate is loaded into the railcars via a conveyor system. Once the railcars are loaded with stone and the train is made up, the crew takes the loaded train to interchange with Norfolk Southern (NS) within the borough of Birdsboro. Finally, NS picks up the train and delivers it to H&K's Dagsboro Stone Depot.

The Dagsboro Stone Depot location also has a locomotive, an EMD GP11 #1850, to shift rail cars for unloading. The GP11 was purchased to replace the aging GE U23B, #3927 that has served the Dagsboro location for some time. The GP11 also has a long history going back to 1953 when it was built for the Union Pacific Railroad as a GP7, then purchased by the Illinois Central Gulf Railroad, who modified it into a GP11. The locomotive had four other owners; Illinois Central, Canadian National Railway, NREC (National Railway Equipment Company) and Southwest Pennsylvania Railroad before being purchased by H&K. 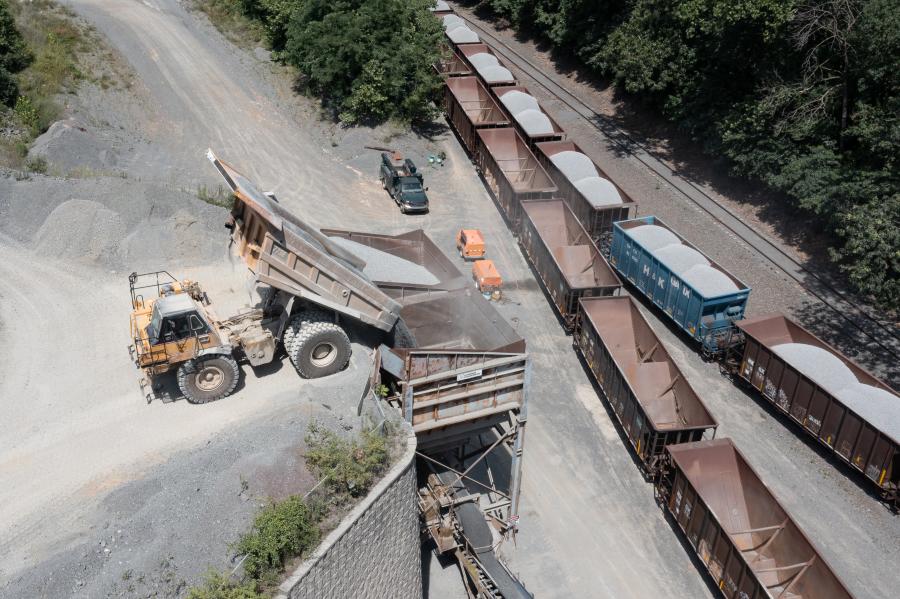 Once the loaded train arrives at Dagsboro, unloading begins. The aggregate is unloaded via dumping into a hopper to stacker and by excavator (for gondolas with no chutes) Once the train is unloaded, the empty railcars are spotted and placed back on the siding where they are picked up by NS for return to Birdsboro Quarry. Almost all the rolling stock used in the transportation of the aggregate is owned by H&K, with a few pieces of rolling stock leased.

The quarry keeps the locomotives busy on the short line between the quarry and interchange with NS in Birdsboro. With aggregate demand at an all- time high and no end in sight, these SD40-2s will surely pay for themselves in no time.

(Colin Kund is a corporate photographer and digital media specialist of H&K.)

CB Con-Agg, a division of Cleveland Brothers, recently partnered with the Veterans Outreach of Pennsylvania (VOPA) to clear 5 acres of land to make room for 15 tiny homes dedicated to homeless veterans in central Pennsylvania.

Rock Machinery Co. LLC, a distributor of processing equipment and parts for the aggregate, mining and recycling industries, announced its partnership with Moraine Park Technical College on creating a Maintenance Technician Apprentice program.