Working with the staff of EESSCO, the engineers and support teams at Phoenix Process Equipment, the infrastructure was built, and the Phoenix AltaFlo put in place. (CEG photo)

A family-owned business with strong local roots, J. Melone & Sons is a ready-mix operation serving a 50-mi. radius of its Stow, Mass., location.

Founded in 1959 by Joseph Melone and currently operated by his grandsons Peter, Billy, John and Greg Melone, the company prides itself on having a strong family focus not only among themselves, but also among its employees, some of whom have been with the Melones for a long as 50 years. 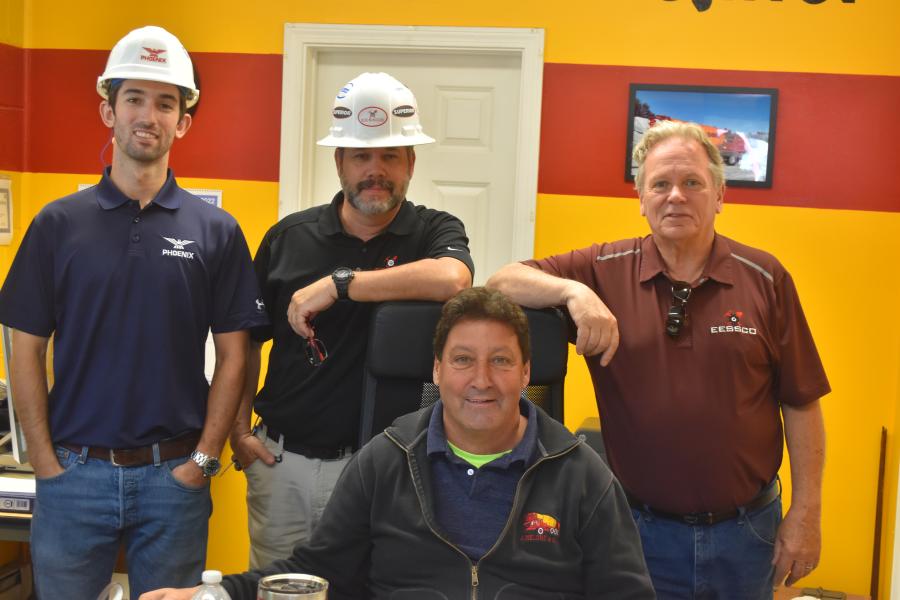 The company has aggregate product hauled into its site in Stow, where it is processed to produce sand as the primary ingredient in the production of its ready-mix. Over the past several decades, Melone has made major investments in keeping its aggregate production equipment facility up to date and has worked closely with EESSCO, based in Hanson, Mass., to achieve its goals.

These investments were very successful for Melone — its overall aggregate production more than doubled, its labor costs dramatically eased and down time was reduced.

According to Peter and John Melone, over the years they have developed a great working relationship with Salafia, Vining and all of the staff at EESSCO, and have relied heavily on their expertise as they have expanded and grown their operation.

In 2018, J. Melone & Sons faced a new challenge that potentially significantly changed the way that it did business: the disposal of the sludge by-product from the manufacturing of the sand for its ready-mix operation needed to change dramatically.

When sand is manufactured, there is a very fine end-product that has no useful purpose. To dispose of it, it is mixed with water and traditionally stored in slurry ponds. There is nothing toxic or inherently dangerous about the ponds themselves, but they can become quite large — in the case of Melone's about the size of two football fields. In these slurry ponds, over a considerable amount of time, the solids separate from the water and settle to the bottom of the pond. The sediment at the bottom of the pond must be excavated out and stockpiled to make room for more sediment on a continual basis.

Increasingly, environmental concerns have developed about the impact on streams and water systems if the fines from a slurry pond were to enter them. Due to the sizes of Melone's slurry pond and its proximity to a stream, the decision was made that no more slurry could be added to its existing pond. The impact of that decision was financially very significant to the company's bottom line — essentially, Melone could no longer process its own stone on site and was forced to purchase finished processed aggregate from its competitors to make its ready-mix, creating a very strong impact on its bottom line.

Shortly after this decision was made, a conversation started with EESSCO to see what alternatives could be explored. 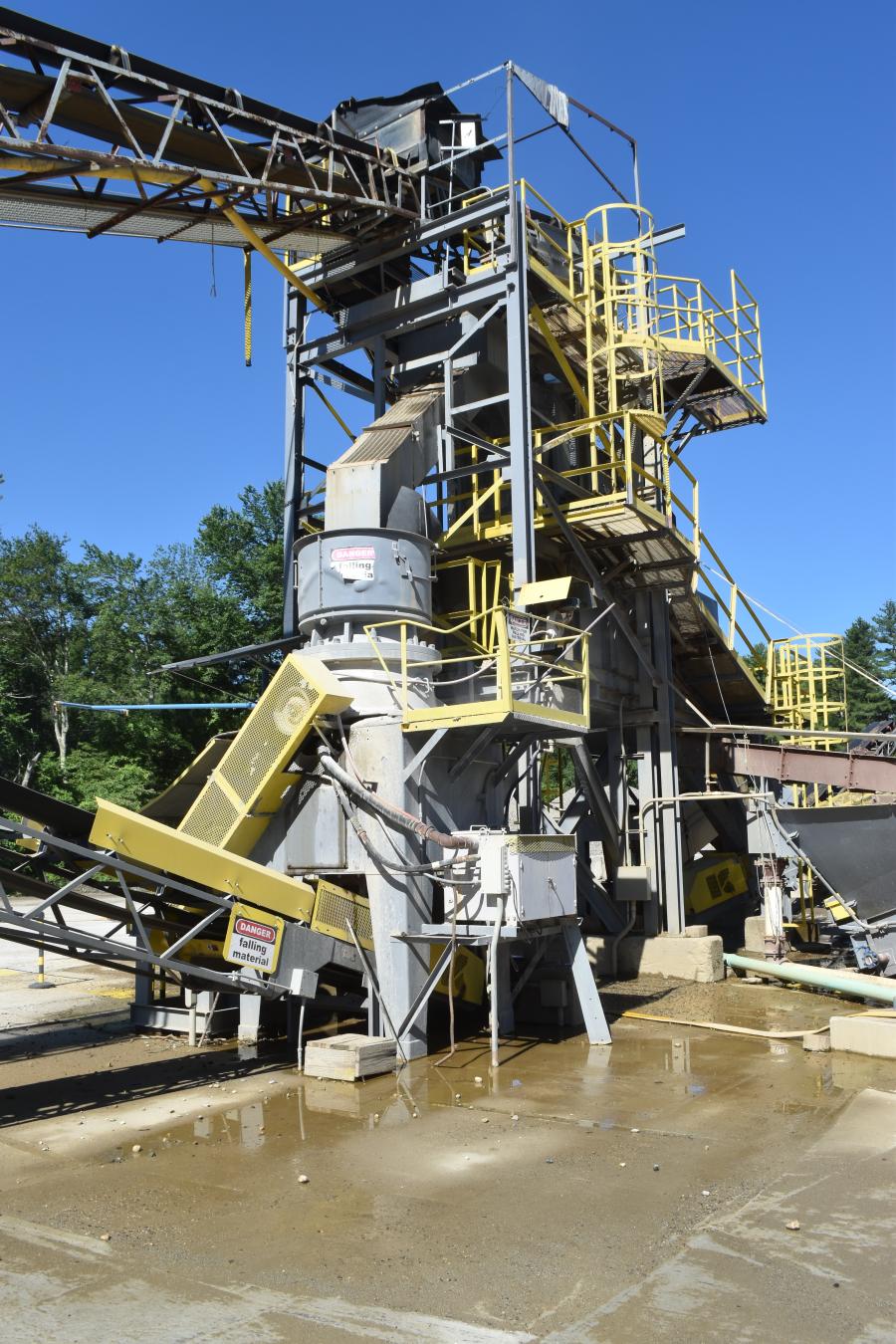 There are some inherent problems with traditional slurry ponds, one being their size, quite often more than several acres; and two, their consistency. Traditional methods for creating the slurry mix creates a very watery product. In the case of Melone, 1,000 gal. of water would contain about 2 percent solid waste. So, in other words, within 1,000 gal. of water only 2 percent of that mass of water would actually be disposing of the product you are trying to get rid of. This fundamentally creates the problem with the size of the slurry pond.

Working with one of the manufacturers that EESSCO represents, a solution to this challenge was identified — the Phoenix AltaFlo thickener.

The Phoenix AltaFlo thickener is a rake-less thickener that provides ultra-high-rate mixing, flocculation and internal dilution, followed by clarification and positive sludge collection and removal in a single tank. The thickener's unique internal geometry, a deep sidewall and steep conical bottom provides underflow concentration comparable to or better than a traditional raked thickener, according to the manufacturer.

Internal dilution helps optimize flocculation and a deep free settling zone and conical feed well achieves maximize flocculation. In addition, the AltaFlo thickener uses sedimentation technology to maximize the recovery rate of clean, clarified overflow water that can be recycled and reused in the process.

Instead of needing multiple acres of a very fluid pond that gradually allows the solid content to settle to the bottom, users are now working with a very thick, nearly mud-like product, that takes up very little volume, is much easier to contain and requires very little space.

In Melone's case, this would make the difference of going from a slurry pond of several acres to one that would measure 60- by 80-ft; a remarkable and manageable difference. Just as important, it would reduce water consumption by as much as 800,000 gal. a day.

According to Peter Melone, "Being forced to purchase our aggregate and being unable to produce it ourselves had us over a barrel and we had to do something. The solution being offered to us by EESSCO seemed to be about the only alternative. Between that situation and at the same time COVID putting a choke hold on our operation, we were really going through a difficult time.

"We traveled with EESSCO to Georgia to look at an operation that was using this system and we were amazed at what we saw. Essentially the Phoenix system was clarifying the water that's being used in the process and thickening the slurry that comes out of our wash plants. So, the dirty water that enters the system becomes quickly clarified and the suspended dirt particles coagulate and settle to the bottom of the tank creating a very thick sludge. We are then able to remove the thick sludge from the bottom of the tank and pump it off for disposal. It would be a significant investment, but an investment that we could not afford to ignore." 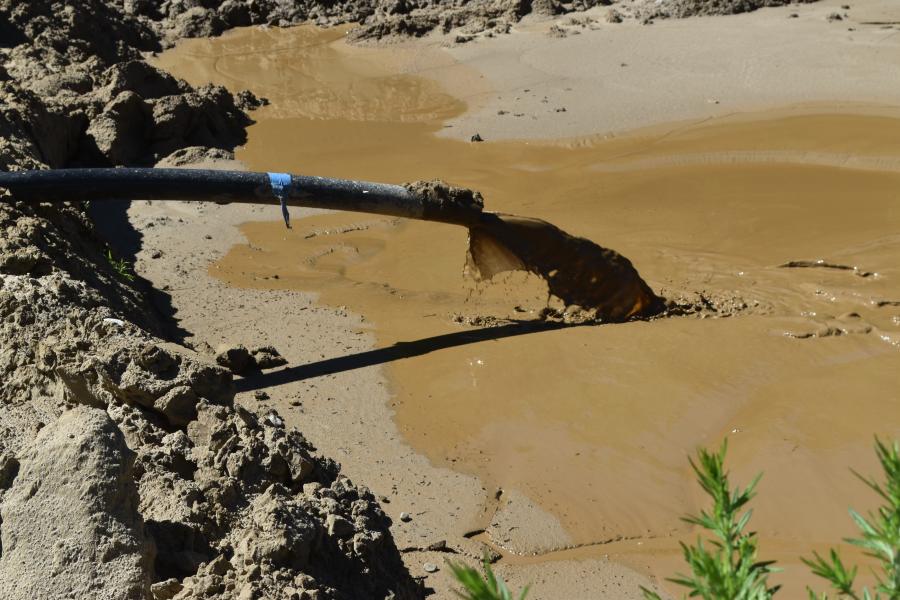 Working with the staff of EESSCO, the engineers and support teams at Phoenix Process Equipment, the infrastructure was built, and the Phoenix AltaFlo put in place. The results it met everyone's expectations: water consumption for the facility dropped by hundreds of thousands of gallons a day. Water was no longer added to Melone's slurry ponds, and the need to maintain and excavate them was eliminated. The new disposal area is easy to maintain, assuring a safer environment for all of Melone's customers.

According to John Melone, "Once again the EESSCO team really came through for us and the products from Phoenix have put our operation back on track."

Metso Outotec will present its latest innovations, technologies and offering for the aggregates industry at the ConExpo-Con/AGG 2023 international construction trade show taking place on March 14 to 18, 2023.

Eagle Crusher Co. , a manufacturer in the crushing and screening industry, continues its tradition of new product innovation leading into 2023.