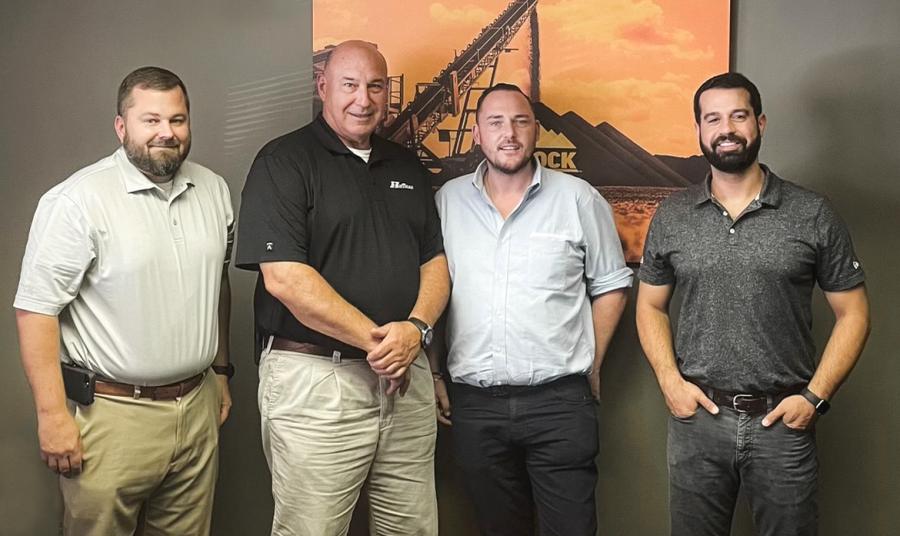 After learning about the rich history of this family-owned company, the leadership at IROCK knew Hoffman Equipment would quickly become a trusted partner for eastern Pennsylvania and the Hudson Valley of New York.

"The last two years IROCK has implemented a formula to grow and expand the brand with the most exceptional dealers in North America. Hoffman Equipment is an elite dealer in the industries we serve and was the perfect addition to the IROCK network.

"There's a spirit of excellence shared among their whole team, which effectively conveys our same mindset at IROCK. We are laser focused on manufacturing premier equipment, so it's critical that our partners carry our vision to deliver excellent service and support to each and every customer."

Hoffman Equipment has a strong track record of staying ahead of industry trends. Founded in 1920, Hoffman has pivoted several times over the course of its business to thrive in an ever changing environment. From its roots as a small trucking company, a heavy rigging contractor, and now a major equipment distributor, Hoffman is always on the move.

Today, from its six locations, it is recognized as one of the premier distributors of heavy equipment in the United States and around the world. Its commitment to innovation is clear, all while staying true to its core values of customer service, integrity and teamwork — values that are paramount to IROCK.

Tim Watters, owner of Hoffman Equipment, said, "We are very excited to represent IROCK Crushers and their aggregate equipment in our marketplace. The IROCK product is well regarded for its superior quality and for the wide variety of options and special features that distinguish IROCK products from other crushing manufacturers.

"The company is unlike any other equipment manufacturer because they were founded by an equipment distributor — as such they know their market and know what it takes to create customer satisfaction."