As Nick Manosh, son of the company's founder, tells the story, "In 1958, my dad [Howard Manosh], who had been an equipment operator, sold his 55 Chevy for $1500 for a down payment to buy a John Deere tractor with a Pippin backhoe and started working nights and weekends doing whatever work he could find."

In 1965, Howard Manosh identified a growing need for clean accessible water; he purchased the company's first drilling rig and the catch phrase, "Manosh by Gosh" took root. In the 1970s, as Vermont became a vacation destination and the ski slopes took hold, the economy grew in the area and Howard further diversified the company, known at that time as H.A. Manosh Corp. At one point he diversified the company into operating an asbestos mine, which was quite successful until the government banned asbestos in the late 1970s. 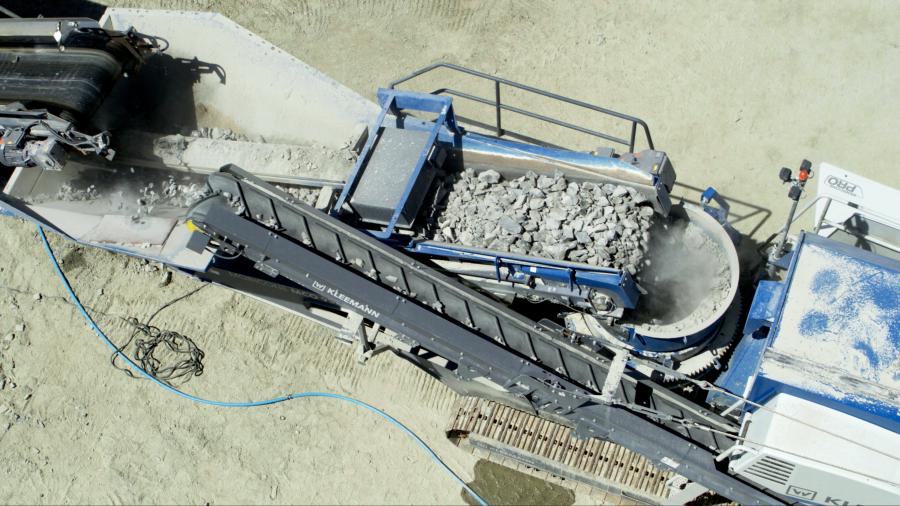 Nick Manosh joined his father's growing company right out of high school. He eventually purchased the assets of H.A. Manosh from his father and two brothers. Today Nick's son, Connor, represents the third generation of the Manosh family and Connor focuses his attention primarily on the water drilling and pumping aspect of the company's business.

Today, the company is a major force in the construction industry, offering a wide variety of highly diversified services, including septic pumping and sewer inspection services, along with storm water and catch basin cleaning and pump/lift station maintenance.

The company has six drilling rigs and, not only does it do residential well drilling, but it also does municipal and commercial, construction drilling within about a 250-mi. radius of central Vermont. The company also offers water treatment services to properly treat the water that is generated from its drilling services to produce ideal drinking water.

N.A. Manosh also has expanded into geothermal heating and cooling for both commercial and residential.

As it has expanded into the geothermal work, it covers a significantly larger area with projects as far away as Portland, Maine, and Cambridge, Mass. With fuel prices increasing the market for that kind of work, the geothermal side of the business could expand considerably.

One of the centerpieces of the N.A. Manosh operation is its four aggregate production facilities that were purchased to support the company's growing construction division.

Approximately a year ago, Nick saw a significant opportunity to grow the aggregate side of the business. A major road project, reclaiming and repaving of Route 15 in Vermont, was slated for the area that would consume a significant amount of aggregate product. It had been some time since the proper amount of investment had been made in the crushing and screening equipment as well as the earthmoving equipment in his quarries. The project would require tens of thousands of yards of specked material. 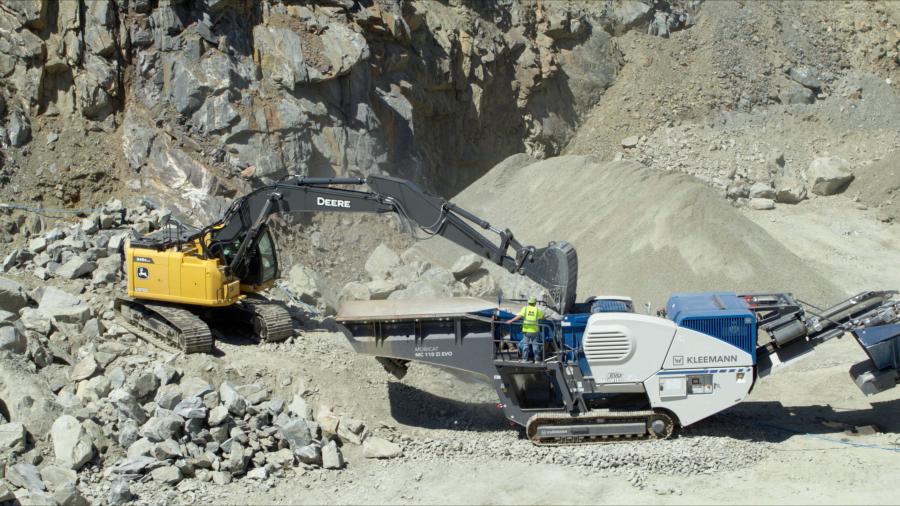 To bid competitively and make product quotas to go after the work that was coming to the area, Nick knew it was time to reinvest in his company.

After extensive research and looking at several different combinations of aggregate-producing and earthmoving equipment, Nick pulled the trigger on a major investment of John Deere and Kleemann equipment from United Construction & Forestry (formerly known as Nortrax) in Williston, Vt.

"Justin Jennett with United Construction & Forestry was the right man for the job. We already knew John Deere equipment. My dad started the company with a John Deere tractor, and we had done some business with Justin in the past.

"But this was a big purchase, and it took a lot of hand holding on Justin's part. The price had to be right, and he put together a great lease-purchase for us. It gave us an opportunity to use the equipment and know and have full confidence that it was going to meet all of our expectations before pulling the trigger on such a significant investment.

"The John Deere 844 loader was perfectly matched in size to meet the production capacities of our new Kleemann aggregate production line. We found out in a hurry that you needed a big loader to keep up with these Kleemann machines. With the crushers we were looking for a quality name that we could be as comfortable with as we are with John Deere. 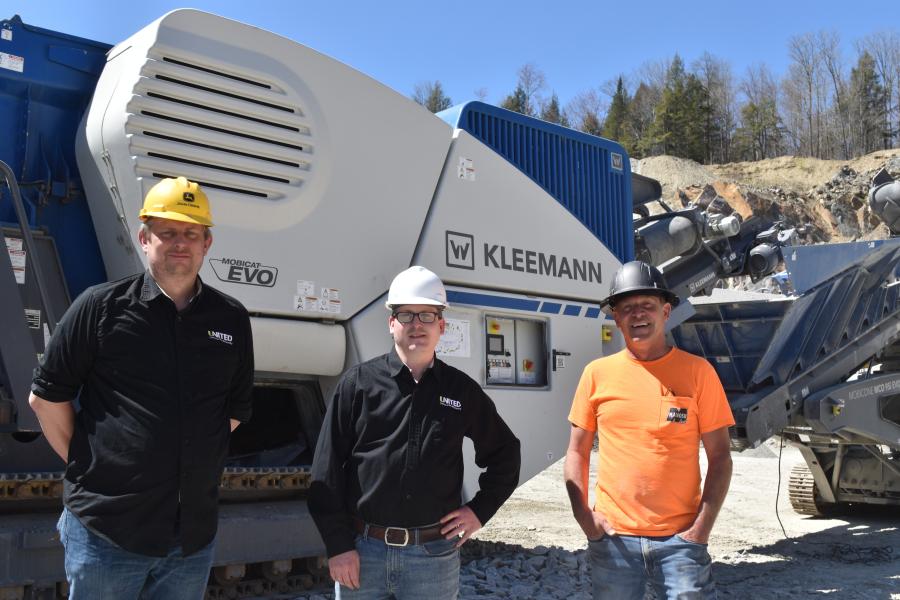 "Kleemann is owned by John Deere; it has a reputation as being first in its class; and in our case, it's serviced by the John Deere dealer who is located nearby, and it all came together in one nice package.

"The product we've been getting from the Kleemann spread has exceeded our expectations. Right away we were able to eliminate our wash plant. We process from the jaw to the scalper to the cone to the screening plant. Using that configuration, we were able to completely get away from washing. So, we don't have to use any water and that makes our stone as clean as possible.

"The first year we did see a little bump upwards in our maintenance costs. We were all trying to get used to new equipment and that took a transition. This year our maintenance cost is down dramatically, and everything is running smoothly. Our operators needed to transition to a different type of operation as well.

"We did get a little nervous. There was a name change that happened during the process; Nortrax became United Construction & Forestry, which made us a little nervous. We were told nothing would change and we would continue to see the same level of service and so far, they have certainly held up their end of the bargain."