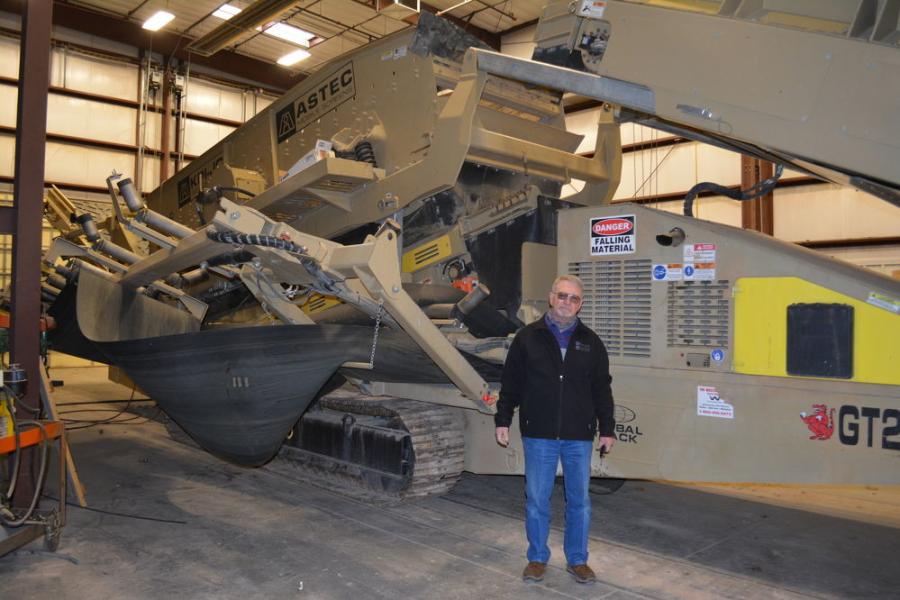 In addition to supplying wear parts, the company is an authorized dealer for Astec Industries’ line of crushing, screening and material handling equipment in New Mexico and as far west as Texas (El Paso).

Knowing that Paul Miller is weeks away from retirement, one would suspect the reason he keeps one eye on the cell phone placed conspicuously on the corner of his desk is in anticipation of his afternoon tee time.

Instead, after 35 years at The Western Group, a supplier of screen media and aggregate equipment to the western states, Miller knows when his phone rings, it's likely not leisure, yet; rather, it's probably an important call from an important customer.

Companies like Mountain States Constructors, Jobe Materials and Vulcan Materials rely on Miller and his team in Albuquerque, N.M., to keep production on track; and when a machine goes down, he immediately moves into action.

It has been that way for 35 years. 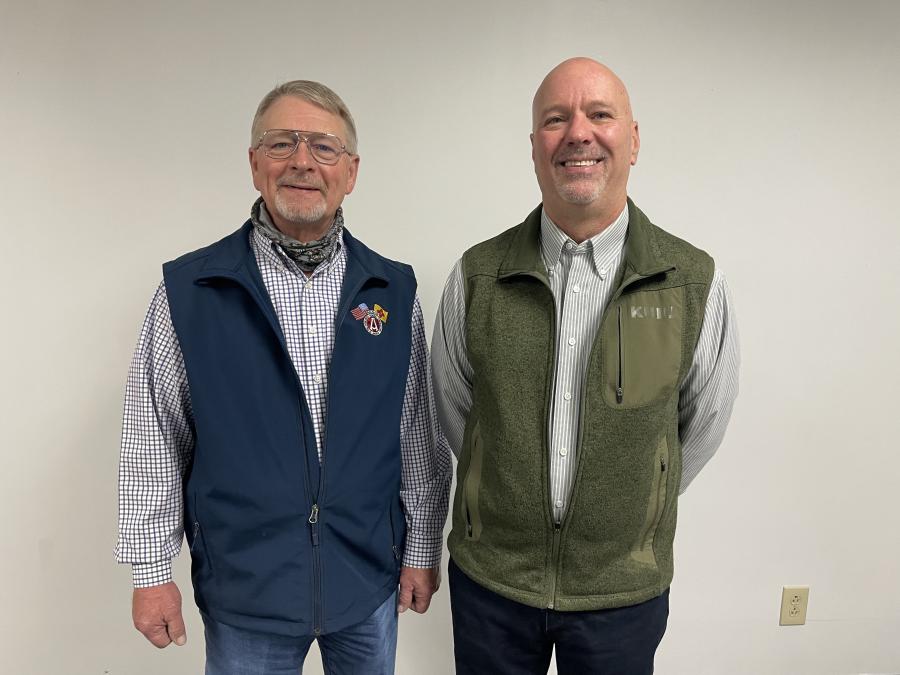 Paul Miller (L) will retire this summer. Sean Kass will take over as general manager of the Albuquerque facility.

The Western Group manufactures screen media for aggregate equipment. In addition to supplying wear parts, the company is an authorized dealer of Astec Industries' line of crushing, screening and material handling equipment in New Mexico and as far west as Texas (El Paso).

Miller began his career with Western in 1987 after a few years with Conley-Lott-Nichols, a Texas equipment distributor that would later be bought out by ROMCO.

"Screen media was so limited at the time," he recalled. "We were on a mission to offer quality supplies to the sand and gravel industry. We started with belts and wear parts and ultimately began supplying conveyors. That's what connected us with Kolberg-Pioneer [later KPI-JCI and now Astec] and we took on that line in 1990.

"We were then and are now a U.S. company, manufacturing our goods in the U.S. and are proud to have represented another U.S. company [Astec] all these years."

Miller will step down from his position as general manager later this summer. Sean Kass, a veteran of the equipment industry in New Mexico, will assume the role when Miller retires. Formerly of John Deere dealer 4 Rivers Equipment, Kass will bring a depth of knowledge of highway construction to The Western Group, according to Miller.

Miller said that in addition to being committed to U.S.-made products, there are two other beliefs both he and his company hold true.

To illustrate this, Miller recalled a sale of a new piece of equipment to a contractor several years ago. But it wasn't a clear consensus whether the transaction was subject to the full sales tax amount, even after consultation with state officials. So, being scrupulous, the company decided to charge the customer the full tax and remit the fees to the state.

Nearly a year later, an audit determined that the full tax should not have been collected and the monies were refunded by authorities to The Western Group.

While the client had no knowledge of the exchange, Miller presented the $18,000 tax refund check back to the customer immediately.

All Hands On Deck

Western's Albuquerque branch employs 10 people and gets the most out of that staff. In all, the facility covers five acres, with four acres of yard for machinery display and one acre under roof, split evenly between a huge parts inventory and vast service area.

While Miller's focus is on machinery sales, two other outside representatives serve as product support for the screening media and associated parts business. The balance of the team holds up the service end of the company.

"Whether its Kolberg-Pioneer, KPI-JCI or Astec, we feel very comfortable selling their equipment," he said. "We don't want to sell anyone else's equipment. They always stand behind their stuff."

The Western Group and Astec will remain a part of the equipment landscape in Albuquerque and beyond, but Miller will be riding off into the sunset, likely retiring to a golf course south of town. And at that point, those constant phone calls he receives? Those really will be tee times. CEG

ERC Relies On Sandvik Line of Equipment in Arizona →

Epiroc, a productivity partner for the mining and infrastructure industries, is launching a 24/7 self-service video series designed to help operators and service technicians maximize their uptime of Epiroc equipment.