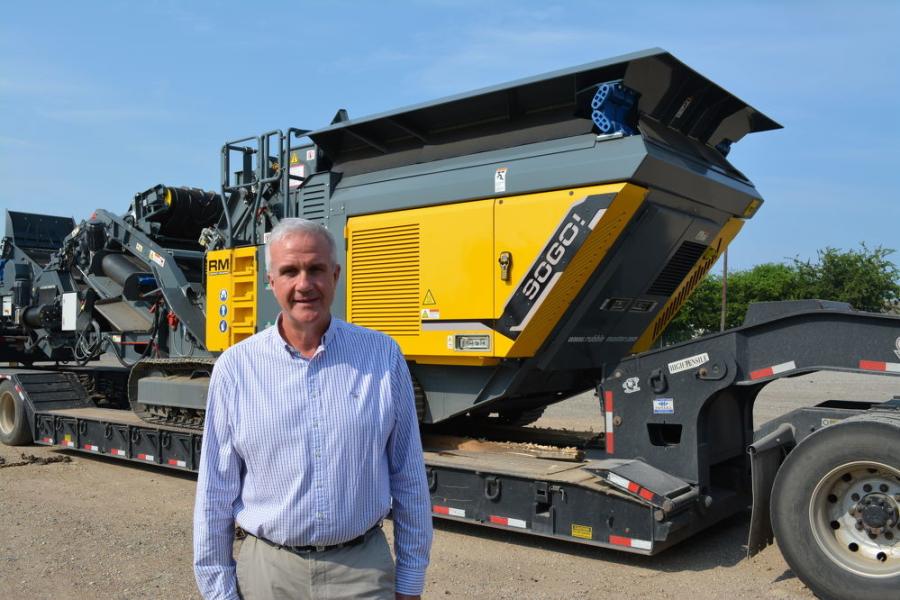 Jackson McAdam, a former CAT Power Systems executive, was recently hired to head up the company’s sales and operations in the United States and Canada.

After nearly 20 years in the North American market, an Austrian manufacturer of material processing equipment appears poised to step it up a notch.

With a new managing director for the Americas and a recently opened retail location in Texas, Rubble Master expects to make waves in the North American crushing and screening space.

Jackson McAdam, a former CAT Power Systems executive, was recently hired to head up the company's sales and operations in the United States and Canada.

After a lengthy COVID-19-related delay in Europe, McAdam arrived in the United States in April. Previously he held positions with Caterpillar and Caterpillar dealers in both New Zealand and Ireland. He also served seven years as Power Systems director of the Cat dealer in the Russian Far East. 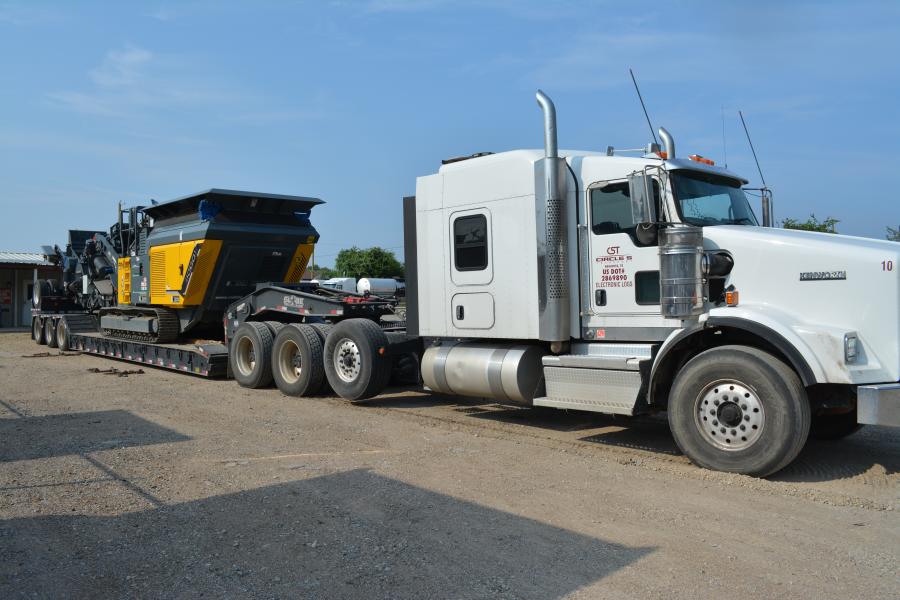 The Maximus' line (now ) includes a larger class of both crushing and screening machines with the resulting combination allowing Rubble Master, a company previously focused on compact machines, to offer a full line of equipment for the first time.

"Once we became a full-line supplier, we needed to look at our distribution," McAdam said.

He added that their analysis showed that Rubble Master had developed a fairly strong distribution network on the East Coast of the United States, had made some progress on the West Coast, but had little or no business in mid-America.

"Further analysis showed that Texas was by far the most active market in the U.S. for both crushing and screening," he said. "From that, we arrived at Texas being the center of our operations for North America."

The new retail facility, located in Ennis — just outside Dallas — will serve customers in Texas on a direct basis. In addition to this, the company will continue to expand its dealer base throughout the rest of the United States and Canada.

"Previously we had a very grassroots approach in terms of distribution. Now, as we have evolved into a strong full-line supplier, we are seeing interest grow from major dealers around the country."

Some of those new "major dealers" that have taken on the Rubble Master line include Century Equipment, a Case dealer in the Rocky Mountain region based in Salt Lake City, and James River Equipment, a John Deere dealer with branches in Virginia and West Virginia.

McAdam said he expects the network expansion to be at the rate of about two to three dealers per year.

"Word is getting out," he said. "We are now offering the tools that other major suppliers offer, like floor planning and other dealer incentives."

In addition to an overhaul of the distribution network, the company is focusing on the supply side as part of what the company calls its "localization project." This means that in addition to the current system where parts are available on an overnight basis from the company's parts hub in Memphis, by mid 2022, key parts will be manufactured in the United States. Localization will bring with it improved responsiveness, shorter lead times and allow dealers and customers to remain competitive. It will be key for future growth.

Part of Rubble Master's mission is education. McAdam said there are many contractors not currently recycling materials and missing the opportunity to make money in doing so.

"There is so much recyclable product out there waiting to be processed," he said. "In many cases, it is a matter of education. We've seen that some contractors have enough material in their yard to justify the cost of a machine. Not only can they then process their own product but they can go on to make more money processing materials for others."

Larger models, including the RM 100GO! and RM 120X "are more appropriate for the larger producers," McAdam said.

In addition to the acquisition of Maximus and its renewed commitment to the U.S. market, the company is actively involved in the research and development necessary to take the product line to the next level.

Current plans include offering both hybrid and full-electric models in all of its crusher and screener sizes. 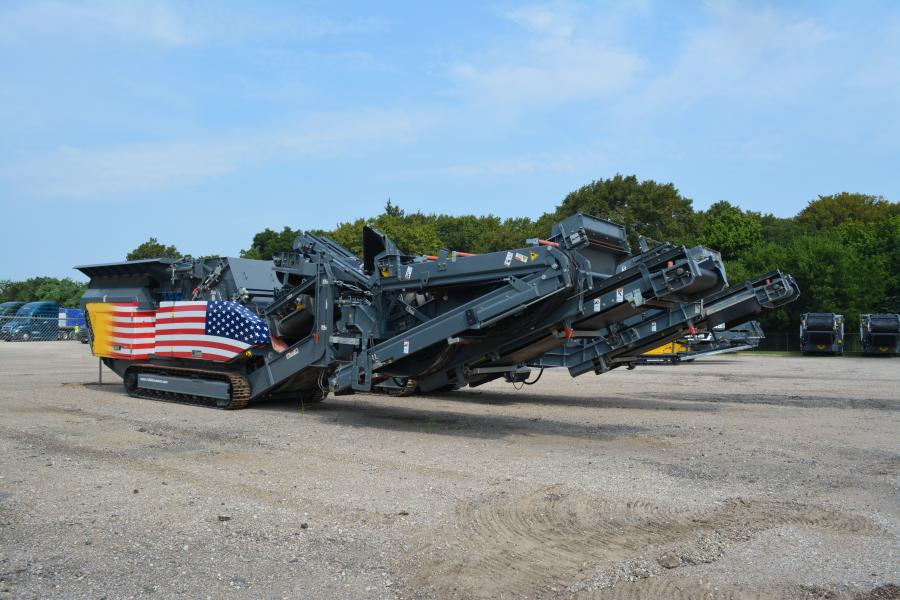 Advancements in technology are being aimed not just at efficiency, according to René Wagner, a longtime Rubble Master marketing manager.

"We are continually trying to simplify the machine," Wagner said. "As many machines become more and more complicated, we've tried to take decisions away from the operator. Our goal is to have a machine that anyone can operate."

"RM XSMART represents a new era in the interaction between humans and machines," he said, "It brings clarity and enables owners and operators to make better decisions that lead to more profits. Features include integrated belt scales to track and document output, GPS tracking, fuel consumption tracking, fluid level monitoring, and more."

"Everything ties back to simplicity, ease of use and performance," he added. "The U.S. market needs this because it is so hard to find and hire qualified operators. Our goal is to make this as easy to use as possible."

Rubble Master remains relatively small when compared to many of the companies with whom they compete for market share. That's a good thing, according to McAdam.

"We are privately owned," he said. "If we need to do something, make a change, it's not a committee project. We can be very reactive. That's where our dealers are seeing an advantage already.

"We listen to both our dealers and the end user and react quickly," he added. "For example, we learned from listening that the time involved in changing the screen media is a big deal to the contractor. We immediately began to work on bringing a design to market that will cut down on that time frame."

"Being a Rubble Master customer is not a buy and forget experience," he said. "It is a partnership, and it requires that we'll be there for our customers. Machines break down, but what happens next is what matters."

While Rubble Master's North American market share does not approach the number it enjoys in Europe, things are heading in the right direction, according to McAdam.

After enduring COVID-19-related challenges in 2020, he said the first three quarters of 2021 have been the best in its North American history.

"COVID actually allowed us the necessary timeframe to create a strategy for growth. We have begun to execute this strategy and have the foundation in place to build on for the next 20 years." CEG

A long-time site manager for Levy Steel Mill Services, Tommy Combs, has worked in the scrap industry, from Alabama to Indiana, for 20 years.

Ron Brenny is operations manager of the largest of seven scrap recycling yards owned by Cimco Resources in Illinois and Wisconsin.