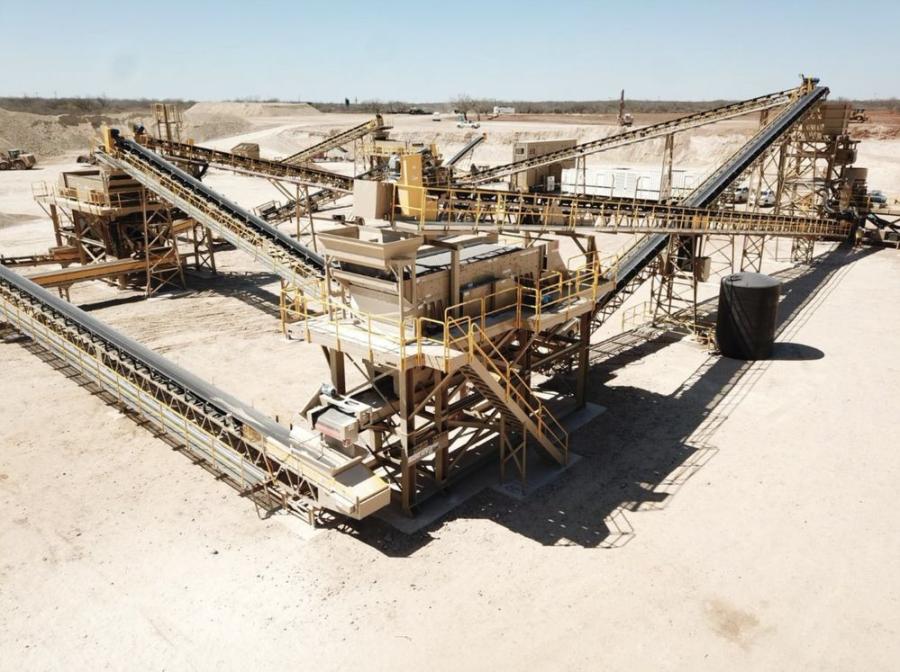 “Our focus on customer service has resulted in steady and at times dramatic growth over the last decade,” said TBC President Berry Smith.

When William Shakespeare famously questioned, "What's in a name?" he wasn't referencing an equipment distributor in Texas, but he could have been.

You will not find the words equipment or aggregate in the company moniker, but Texas Bearing Company (TBC) is steadily establishing itself as a force in the crushing and screening industry, while admittedly facing an identity challenge resulting from the company name. 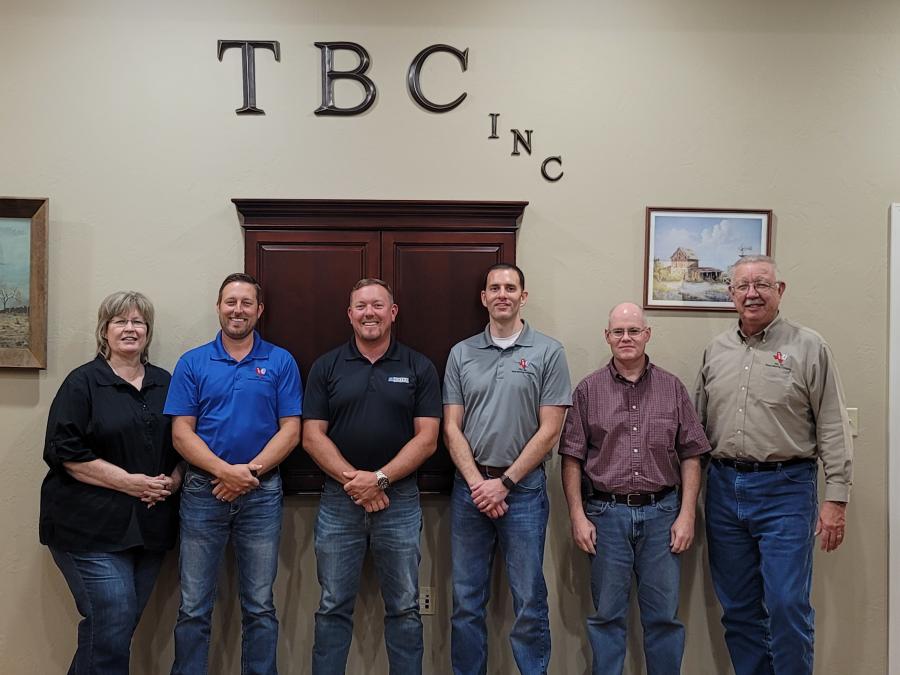 The Amarillo-based company, established in 1985, was primarily involved in the sale of bearings, hydraulics and power transmission for the first decade of its existence. And, while bearings are still an important element of the company's offering, more than 35 years later it can now boast being among the most rapidly-expanding aggregate equipment dealers in the United States.

The company represents Astec crushing and screening machines in most of Texas, and that contributes to "the name game," as the line of aggregate equipment formerly known as KPI-JCI was recently re-branded as "Astec."

This might confuse the average aggregate producer or sand and gravel pit operator, but it hasn't seemed to hinder the dealer's growth pattern.

After operating for approximately 20 years with branches in Amarillo and nearby Hereford, the company now has six branches serving the majority of the state.

Always About the Customer

Ultimately, according to Berry Smith, president of TBC, names are secondary to the way customers perceive the service they receive, and TBC has excelled in that area.

"In fact, our focus on customer service has resulted in steady and at times dramatic growth over the last decade," Smith said. "We have always been very engaged with our customers and make decisions based on their needs. We offer the feedback they want and need, and partner with them both in the decision and execution. Our entire focus is customer service. If a plant is down, we move [into action]."

Smith's son, Anthony, is operations manager, and he shares his father's commitment to the customer.

"We are problem solvers," said Anthony. "We are there to hold our customer's hand as they become educated in the function, safety and maintenance of the machines. We can be so much more flexible than ‘the big guys' when it comes to reacting to customer needs."

Growing Right Out of the Gate

Berry's father, BF Smith, founded the company in 1985 and offered bearings, power transmission replacement parts, along with hydraulic and pneumatic pumps and tools.

In 1997, TBC began selling the Kolberg-Pioneer, now Astec, line of aggregate equipment. With Amarillo and the panhandle being home to many independent sand and gravel pits, there was an immediate market for the equipment.

The local nature of TBC's business began to change after 2000 when branches were opened in both Lubbock and Odessa.

West Texas is a lucrative market, but the Smiths are native Texans and were keenly aware that Houston, Dallas and Austin presented huge opportunities for growth in the aggregate world.

Negotiations with Astec were soon under way for representation in those major markets. Ultimately, branches were opened in Mansfield, on the south side of the DFW metroplex, and in Columbus — centrally located to Houston, Austin and San Antonio. 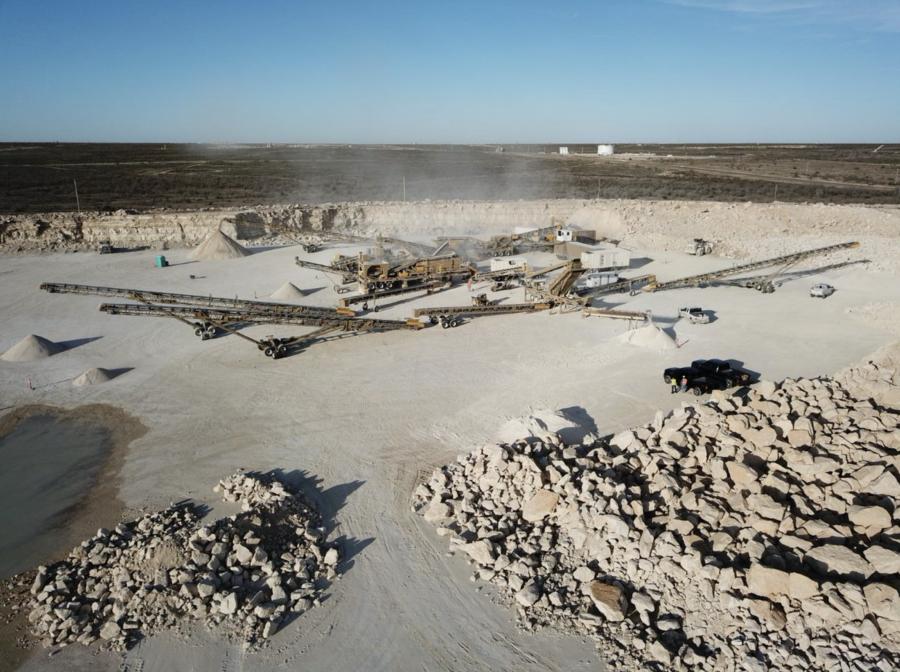 "Based on our previous relationship with TBC, the decision was made to grant them the additional territory," said Darren Kirby, North America sales director - central at Astec. "Their responsiveness to the customer and the urgency with which they respond to a customer's needs is great second to none. They have very high customer service rankings."

A couple of unique factors help distinguish TBC from other businesses, according to Kirby.

"They are still family-owned, and many end users like doing business with that model," he said. "The continuity in attitude, specifically when it pertains to customer service, can be attractive."

"Additionally, TBC is not a rolling stock dealer," Kirby said, referring to the fact that the dealer does not sell excavators, skid steers, etc. "They have a singular focus on their core business, and they continue to be dedicated to Astec."

Kirby said the Smiths are routinely among the top dealers for Astec equipment nationally. When asked about their name, Kirby said, "Well, we've always referred to them as TBC, so there is will be no confusion moving forward."

Having garnered the KPI-JCI and Astec Mobile Screens (Astec) "President's Award" in both 2019 and 2020, Berry said his company is poised for growth, which remains dependent on TBC's continued service to the end user.

"For an aggregate equipment distributor, we put a lot of emphasis on our service department," he said, adding that they operate five full-time service trucks and have eight technicians devoted entirely to the aggregate side of the business.

Amarillo continues to serve as TBC headquarters, but the majority of its inventory is in Odessa, Mansfield and Columbus, as dictated by the market.

Business is strong, Berry said, driven by a strong Texas economy with lots of highway construction. 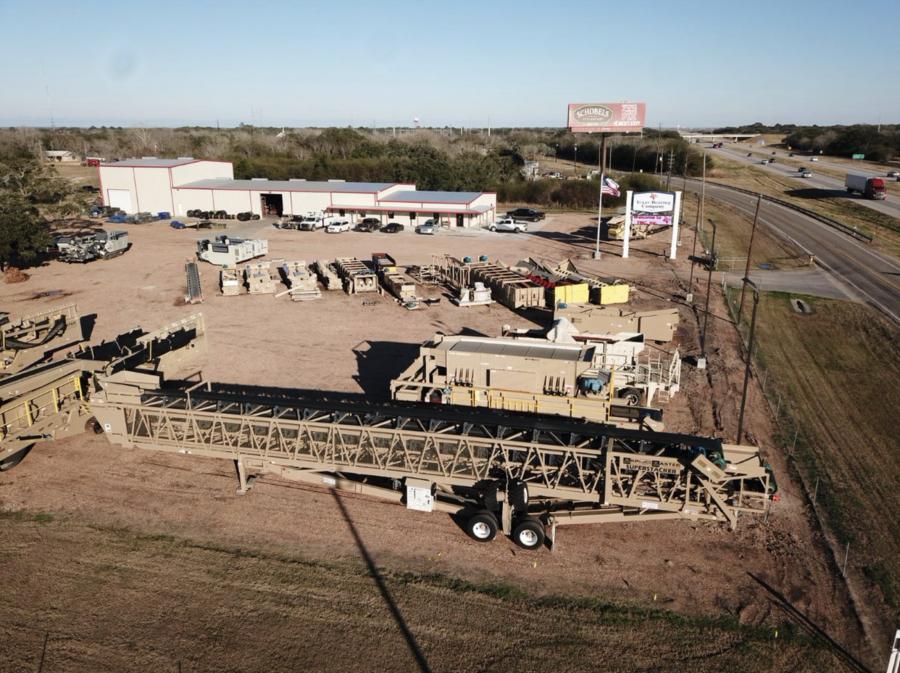 The supply side is, of course, a concern. Anthony pointed out, however, that they were able to anticipate the possible interruption when COVID-19 hit, and they increased inventory appropriately. Currently, he said, they are able to meet the equipment needs of their customers, on both the sales and rental sides.

TBC's commitment to the Astec line is strong. "It's been a great relationship right from the start," Berry said. "We have a lot of opportunity with what we have. Newer Astec offerings, like the ProSizer portable plant line, put us in a position to meet the asphalt and concrete recycling needs of our customers for the foreseeable future."

Although not the original focus of its long-time company name, aggregate equipment is clearly the present and future of Texas Bearing Company. "A rose by any other name is still a rose," Shakespeare concluded.