In mid-March, on the north side of Chicago, four Volvo excavators — owned by Tommy Taylor, president and owner of Taylor Excavating and Wrecking — began munching away at the former Stanley's Grocery Store. According to the Block Club of Chicago, the now-vacant site is adjacent to the new Lincoln Yards development, but it is not clear if the property will be absorbed or is destined for another use.

Taylor Excavating and Wrecking Inc. is a family-run business that has served Chicago and its suburbs since 2002. The company provides partial and full demolition services. 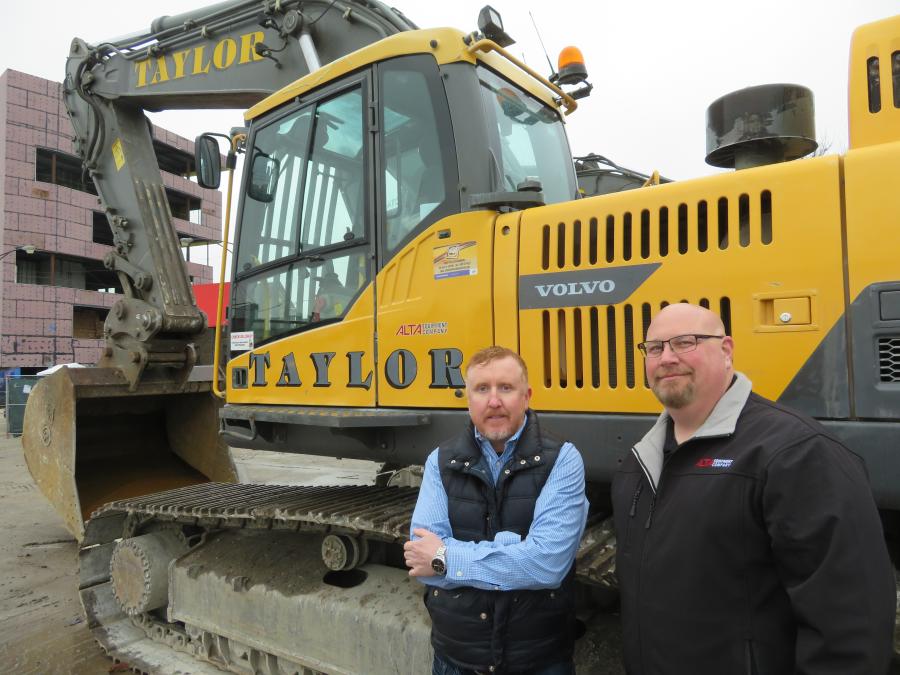 "I started off back in 2002 with my first Volvo and they've treated me very well," said Taylor. "The machines are strong machines with strong undercarriages. They are well-built and I've had a great service record with them."

Alta Equipment Company has locations throughout Michigan, northern Indiana and Illinois, and is a full-service dealership, providing solutions for its customers' material handling and construction equipment needs.

"It's reassuring that you're doing your job well when a man like Tommy entrusts his success and reputation with Alta Equipment, Volvo and you," said Kosche. "We work very hard to make sure that we are building customers for life with every interaction. That is the only way to approach this industry if you and your customers are going to be successful." 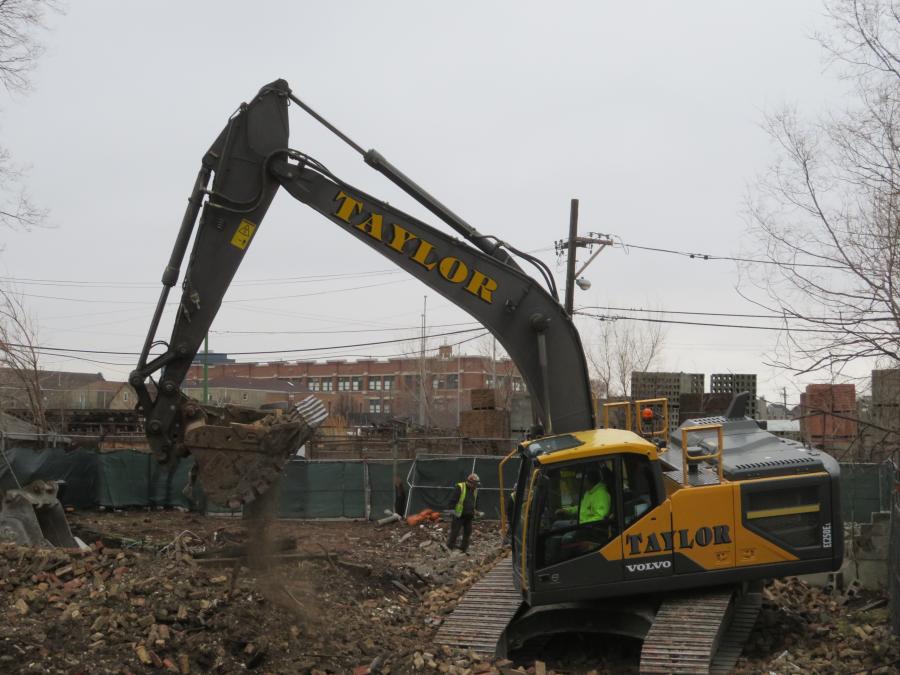 "All my Volvos have third-member function with rotator. That's a must for our demolition jobs — the X3 package and all the rotator packages for using the different components and attachments," said Taylor.

The three-week demolition project required a variety of attachments to complete the job. Taylor said his team used 10,000 to 14,000 lb. Volvo breakers

"The Volvo breakers have been very good. We've done a lot of demolition work with them...put a lot of hours on them and they've really treated us well," said Taylor.

"For sorting out, we use the buckets. They attach to the Volvo very well," said Taylor.

The project presented a few challenges, including working in a confined area.

"The west buildings were very close to the neighboring properties with very limited maneuvering space," Taylor said. "We were able to overcome this challenge by performing the demolition with our Volvo ECR235 and Volvo ECR305 zero tail swing excavators."

Taylor is happy with the service provided by Alta Equipment and gives them credit for keeping the project running smoothly.

"Alta has been exceptional to work with," he said. They have proven that their response, rental and sales have kept Taylor Excavating and Construction projects on schedule." CEG

Due to a dynamic expansion and the realignment of its recycling capabilities, McCloskey International has announced a new brand identity that will support the evolution of this business unit and reinforce its commitment to the waste recycling sector worldwide.

Specifically designed for its mobile crushers, Sandvik endurance packages are configurable and can be tailored to meet specific customer needs and requirements.

Imagine a construction site inside a large urban center or a heavily populated metropolitan area. Now picture how you'd organize that job, especially when there are restrictions imposed on the location such as: limited to when you can run your equipment, logistic difficulties due to traffic restrictions, and containing noise and dust emissions.

Scoops are true utility workhorses in soft rock mine. They handle multiple tasks, including maintenance, re-supply, clean-up and rock dusting.

Larsen Dirtworks LLC of Foreston, Minn., knows its stuff when it comes to crushing rock. EvoQuip customers for a few years now, it is an expert in the industry and prides itself in helping customers run smooth and lucrative operations.

Durex Products Inc. , based in Luck, Wis., will display its screen media, liners, wear parts and screen accessories in booth 1147 at Nashville Music City Center, March 29 to 31, in Nashville, Tenn.