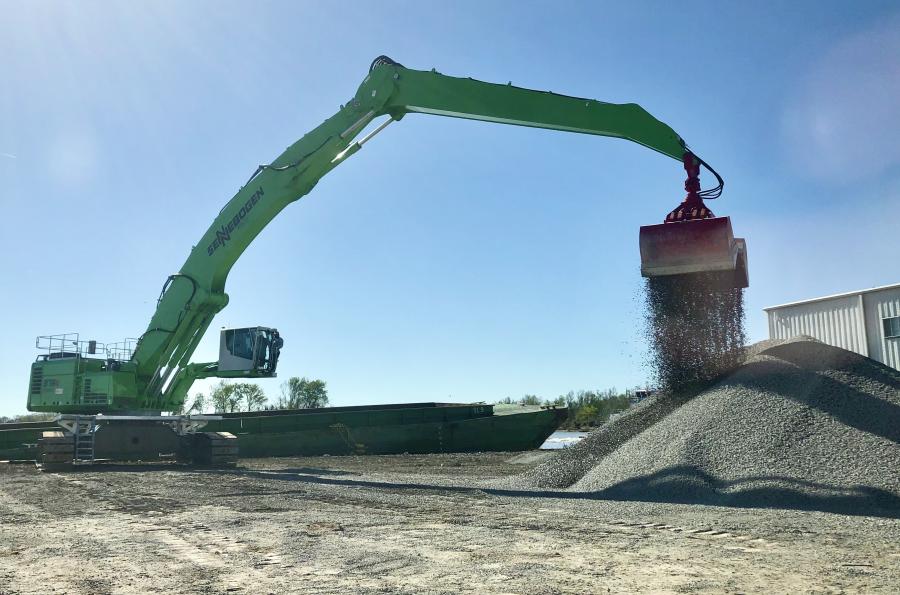 With cab in position, the operator has a perfect view of the barge and the pile.

The Broussard family is one of the leading marine and land construction contractors on the Gulf Coast. Coupling oilfield and pipeline projects with marine towing, dock and crane services, Broussard Brothers Inc. is a big part of the heavy contracting scene in Louisiana's Intracoastal region. Now its part just got a little bigger.

Broussard Brothers was looking for ways to be more competitive in bids for upcoming government contracts for seawall restoration work. With miles of Louisiana coastline requiring thousands of tons of rock to be loaded and placed, these jobs would be a welcome addition to the Broussards' long-term plans. But, with its largest cable crane handling up to 150 tons-per-hour, the firm was concerned that its current fleet would not measure up against larger equipment in the area.

"We originally saw the 875 at ConExpo," said Chip Broussard, a third-generation member and current VP of Finance of the family-owned business.

"At times we might be doing rock work and we want a crane on the ground; then we pick up another job and want to put the Sennebogen on the barge. Because of its versatility, we didn't have to get another barge."

The president of Sennebogen LLC, Constantino Lannes, explained another reason why the green machines are well suited to marine work.

"All of our machines are engineered on a square footprint. The slewing ring is centered on the undercarriage and its load ratings are equal through 360-degrees of swing. That kind or balance is a valuable safety factor on land or on water. And it also gives the operator more flexibility to load and swing in any direction."

Flexibility is high on Broussard's list of qualities that the 875 brings to his fleet.

"We can better utilize our different assets according to the application we're on. We just swap the equipment to get the right piece in the right place."

He noted that his 875 also came with a quick change coupler that lets him easily attach a lifting hook, clamshell bucket or rock grapple.

"It's very adaptable to our wide range of operations," he continued. "Some of these rock jobs, the stones are very large, more than the clamshell can handle, so we have the grapple for that. We have also done some dredging with it, some maintenance work."

This was where the 875 first showed off its real capacity for production.

"We were loading some material barges, one that can hold up to 350 tons. We loaded it in about 20 minutes."

Broussard said that his first dredging project let the 875 shine in optimal conditions. In that situation, with short, easy swing cycles, he estimated that the 875 could move as much as 600 tons per hour. But in a more realistic application, such as shoreline restoration work that requires precise placement of man-sized boulders, Broussard is quite confident that the machine can maintain his target of 400 to 500 tons per hour.

"We just increased our capacity by a factor of three or four times."

As Broussard gets the 875 out into more commercial projects, he looks forward to bonus profits that the machine will earn with its exceptional fuel efficiency.

The giant material handler features Sennebogen's "Green Hybrid" energy recapture system. An oversize hydraulic cylinder is mounted between the boom's two lifting cylinders. This cylinder is used to compress gas on each downstroke of the boom. On the upstroke, the captured energy is released, like a compressed spring, to assist in lifting the boom and the load. The simple, mechanical system reduces fuel consumption by as much as 50 percent, according to the manufacturer.

"I'm anticipating that we'll run on 8 to 10 gallons of diesel per hour; about the same gph as a large excavator or our cable crane. That's great, but if you compare gallons per ton of material moved, it's very impressive. We usually bid so many gallons of fuel to do the project; now our fuel cost will be cut in half, or even less."

With the 875's efficient throughput and low operating costs, Broussard feels ready to take on the competitive coastal restoration market.

"There's a lot of people chasing this business, as other sectors have slowed down," he said. "They're also investing in new equipment, new excavators, but I don't know that they're going to get the efficiency or the gallons of fuel saving that we get, and will not have the size of the 875. Besides, an excavator is not built for this kind of work. You have to add a counterweight to it, and then make other modifications. But this 875 is purpose-built for the kind of material handling we do here." 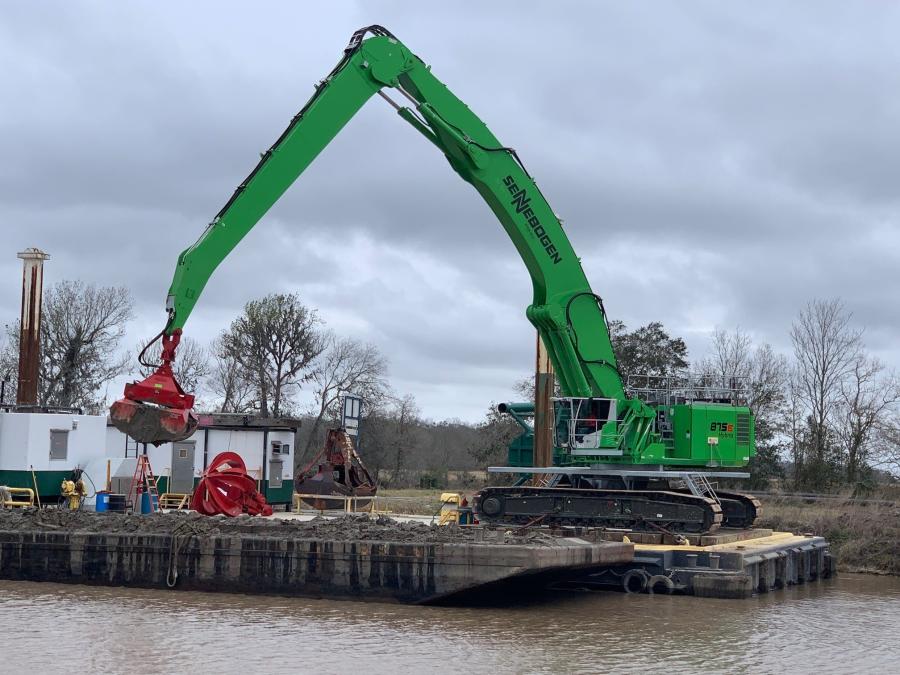 EvoQuip, a compact crushing and screening brand with products that focus on simplicity, easy maintenance, fuel efficiency and ease of transport, recently celebrated five successful years in business via a virtual hour-long celebration attended by almost 100 distributors around the world.

The Illinois Association of Aggregate Producers (IAAP) announced it will hold its annual Convention and Miner Safety Conference Dec.

Rock Machinery Co. LLC, a distributor of processing equipment and parts for the mining, aggregate and recycling industries, announced its recent hire of Bud Fontana, who joins the company as the mining account manager.

Agresource Inc., a Mass.-based corporation, has been doing business since 1984. It supplies services to municipal, industrial and commercial clients throughout the region by making compost from organic materials of many different varieties, including yard waste, food waste and other organic materials and making a variety of products, including compost and custom engineered soils.