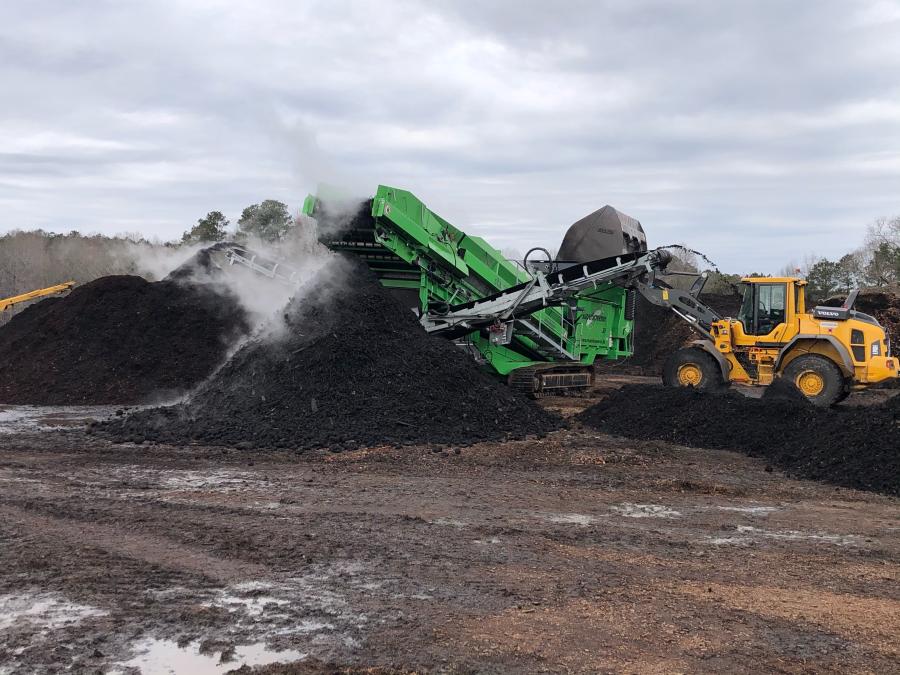 Avery Carter Compost + Soils purchased its first truck to haul tailing materials to landfills from nearby organic facilities. When it noticed the amount of sellable material that was being discarded, the company purchased a 9-acre piece of vacant land, and, after accumulating material for years, decided to pursue the possibility of processing the material to recover the sellable fines products.

Powerscreen Mid-Atlantic's Adam Logan was well-known in the area, and the dealer has a large presence, so the company reached out to him for an education and guidance on the best machine for processing.

"We purchased our Neuenhauser 3F after witnessing the machine's ability to process material at high production and high quality," the company said. "We are already looking at adding Powerscreen conveyors, as well as a Powerscreen scalping screen as we plan our next step in business."

Platinum level exhibitor TOMRA Sorting Recycling, a global leader in sensor-based sorting, will feature its broad range of innovative metals sorting technology during the virtual ISRI 2021 Convention & Exposition, April 20 to 22 and April 27 to 29.

Operating conditions in the hydrocyclone process have a direct impact on plant availability and on grinding and flotation circuit efficiency.

Sandvik Settles in at Allied, Sees Growth by 'Continuing to Do It Right' →

What will the Sandvik acquisition mean to longtime distributors and end-users of Allied Construction Products' breakers and compactors? "We are going to continue to do right what Allied has done right for many years," said Jonas Lindqvist, who was named managing director of the company that is being renamed Sandvik.

IROCK Crushers recently launched its dealer portal, which is specifically designed for IROCK dealers to access needed information involving the sales, service, support and marketing of the IROCK product line.

Josh Williams and Megan Hill had each grown up around the heavy equipment trades. In 2012, the husband and wife team started M.J.W.

Behind Ireland's Final Rebellion and … an American Dream →