As a young boy, Kenny Nichols was no stranger to hard work. His dad passed away in 1934, when Nichols was four years old, leaving the youngster, his mother and older siblings to eke out a living from the land during the Great Depression. It meant long days and back-breaking work with few rewards.

One particular day, some 84 years ago, seven-year-old Nichols was on an errand, walking a county dirt road in rural Missouri, when a man driving a Caterpillar Ten crawler came down the way.

"The county had the machine. They were bringing it up the road from Cedar Grove to work on some hills near the Palmer Banks [near Jadwin, Mo.]. I was just a kid walking along the road. The driver stopped to give me a ride," Nichols said. "And he let me drive it about a half a mile."

Little boys grow up, and Nichols did, too. He and his brothers continued working to help support the family. In 1951, Nichols married the love of his life, Willadean Stephens. Soon after, duty called, and the U.S. Army sent him to Korea. Leaving his young bride at home on her parent's Missouri farm, Nichols served his country abroad for 13 months.

But not everything about being away from home was without joy. During his service in Korea, Nichols ran a Caterpillar dozer.

Upon the young soldier's homecoming in 1953 he picked up where he'd left off — working as a dozer operator. Over the next few years, Nichols built a strong reputation as a skillful operator known for his integrity and passion for high-quality work. But he preferred to work for companies that owned Cat machines. 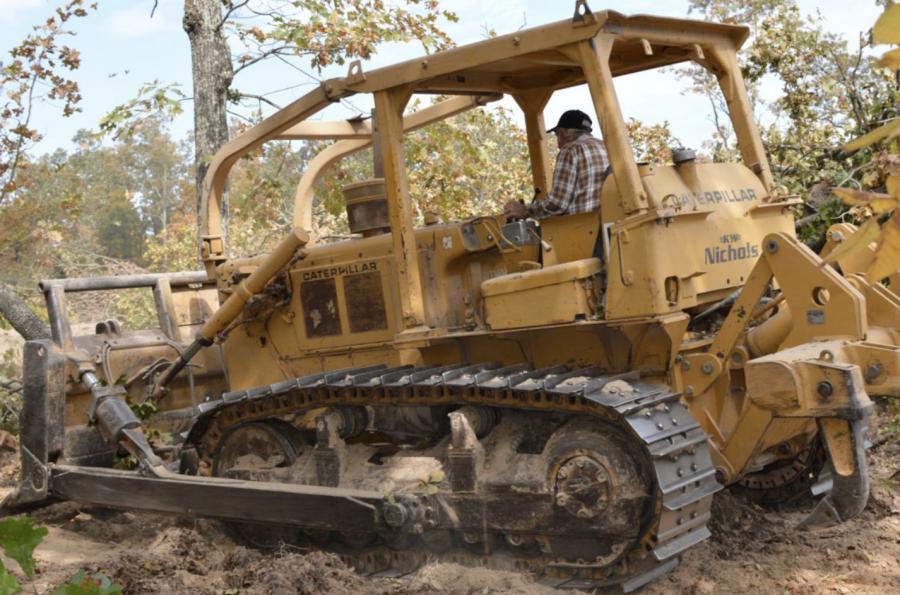 Eventually, Nichols purchased his own machine.

"The first dozer I bought was a Cat D6C in 1971. It belonged to a man I was working for at the time. He bought a brand-new D6C and offered to sell me his old one," he said.

So, Nichols began using his own dozer and working for himself. Through the years, he has worked on every type of job imaginable. From clearing land for buildings and roads, to moving dirt for stock ponds and lakes — you name it, and he has probably done it using a Cat dozer.

Over the years, he's owned only Cat machines and currently owns a D6C, a D6D and a Cat backhoe.

When asked why he chooses Cat machines, Nichols replied, "I wouldn't have anything else. If you're going to use heavy equipment, just get Cat — they're dependable. And I think they're prettier, myself.

"I've dug so many new house basements around Salem, Missouri, — more than were dug with backhoes. And lakes — big lakes! It would take me a lot of time to tell you about all the jobs I've worked on," he said.

Throughout the years, the Nichols family fared well, supported by Nichols's extraordinary operator skills and passion for operating a dozer. But it's the Nichols family's love for each other and their Cat dozers that makes the story special.

Kent Nichols, Kenny and Willadean's son, explained, "You see, my mother developed severe Rheumatoid arthritis when she was just 27. If you had spoken to her on the phone, you wouldn't have known there was anything wrong with her. She was always upbeat and positive — an eternal optimist. But her fingers were very contorted from the arthritis. She wore a C-collar and was in a wheelchair because she'd had both legs amputated due to the disease. 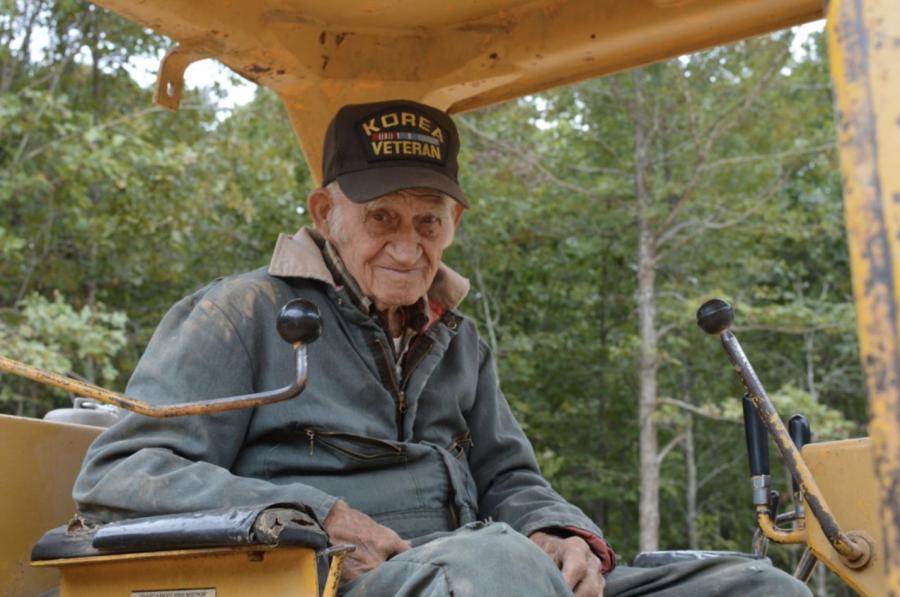 "Caterpillar is an important part of our family's story because all through the years, my dad took care of Mom. He would get her up in the mornings and get her set for the day. If she had to go to the doctor, he would take her. This went on for years and years. His business allowed him the flexibility to take care of her, but those dozers made it possible. Had it not been for those Cat machines being so dependable and the whole Caterpillar and Fabick team behind them — Dad couldn't have cared for Mom. And the machines enabled him to make enough money to pay her medical bills.

"So, growing up, those dozers were like members of the family. We cherished them and took care of them, just like they took care of us."

Willadean passed away nearly 24 years ago, but her love for life and remarkable legacy lives on. Today, at age 91, Nichols continues working every day at the job he has loved for a lifetime. The family estimates that he's spent more than 110,000 hours operating dozers — possibly claiming the record for logging the most hours operating a bulldozer.

And those Cat machines? They just keep on running.

"You can't find machines that are any better. You can afford to pay more for a Cat machine because it's cheaper in the long run. They last longer and they handle better. They prove themselves," said Nichols.

Does he think about retiring anytime soon?

This story was reprinted with the permission of Caterpillar Inc.

Despite a pending severe winter storm, representatives of Michigan's aggregates industry made a strong showing at the Michigan Aggregates Association (MAA) annual conference and trade show.

Complete with its high-performance powertrain, closed-loop hydraulics and upgraded screening, the new Cat D1 mulcher is specially designed to optimize performance when clearing a mix of small- to medium-diameter materials.