When Joe Arruda took over Bridgewater-Raynham Sand & Stone (BRS) on Plymouth St, in Bridgewater, Mass., it took determination and will. He grabbed an opportunity to rent the 180-acre yard containing an aggregate material that had been around since the 1930s, having been used and turned over by many before him.

"It was used as a satellite site by a lot of larger companies, and I wanted to make it the primary place for my business," he said.

Following a year of hard work and spending money updating and fixing up the location, he had a decision to make when the owner of the facility let the property go into foreclosure. In 1992, he took a leap and purchased the location from the bank. 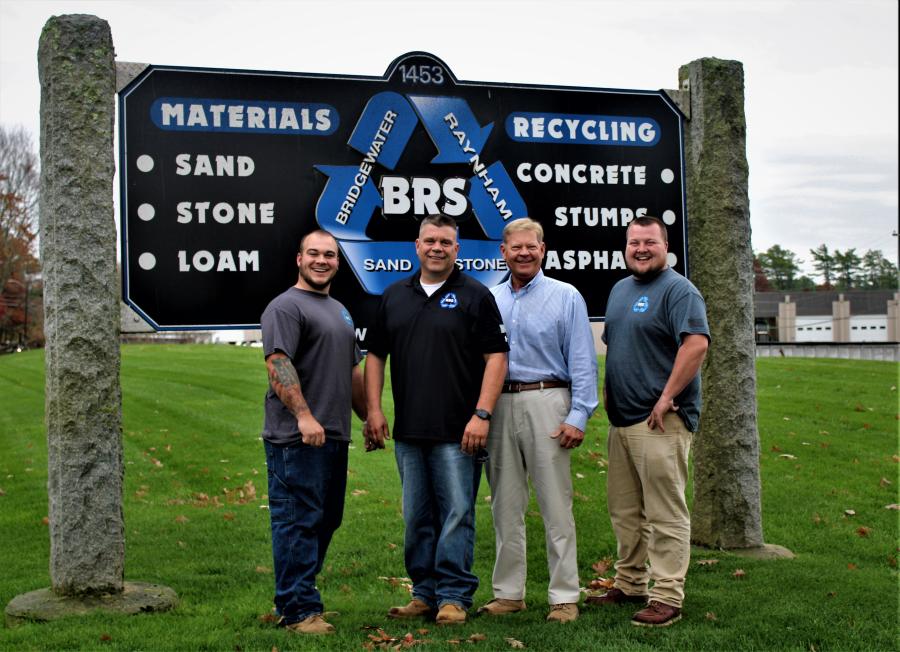 He had a dream to make it not only work and survive, but also to make it thrive and be able to be passed along to his sons when they entered the business.

"One of the most important things to me about my business and my name was working with the community and the residents that lived here," he said. "We are all about the community and not just getting along, but actually investing and helping where we can.

"Most of the people in the area are not only neighbors, but they are my friends now. Our name and reputation take precedence over everything else. I take pride in that; it takes work and effort, and that's what we have always wanted to do here since the first day."

BRS boasts of a very low turnover rate, and throughout the COVID-19 situation, Arruda did not cut a single employee.

"We were able to keep going and even be able to catch up on a lot of things that maybe we didn't have all the time to do when you're at full steam ahead. I found something for everyone to do to keep them working and we never missed a beat with anyone.

"That was very important to me, because these people are like family to us, and they have families depending on them. On a daily basis, we are affecting up to 100 families who are counting on BRS to provide, whether it's our employees or the contractors we are dealing with."

When Arruda started, he only had one loader.

"Back then, we didn't have much. What we had we could work on, and thankfully in those days, you could."

Now after nearly 30 years in operation, Arruda has built an impressive fleet to get the work done.

In 2014, he purchased his first set of three John Deere 844K loaders from Schmidt Equipment Inc. It was the company's first experience with John Deere.

"We were trying to see what machines best fit our facility, and that was the John Deere," he said. "I originally went with Schmidt because I was happy with their knowledge, patience and effort into building a relationship … not just selling me a piece of equipment. 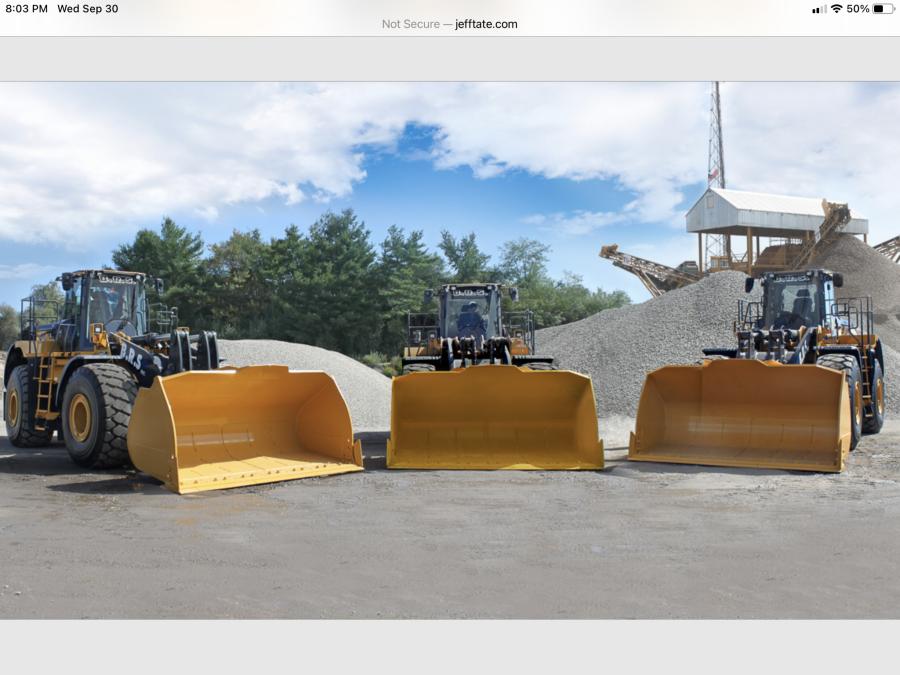 "We were introduced through a mutual friend, but it wasn't an easy sell for them, because I am not always just about the bottom dollar. Our loaders are going non-stop.

"I really feel like I am a priority to them — they almost spoil me. My salesman, Rob Cybulski, will call me and let me know a tech is on the way because he received an email because of the technology in the loaders. He signed up personally to receive any notifications and handles it himself to get it taken care of. Usually, we don't even know there is something needing attention until he calls to let me know that is about to be taken care of.

"That is quality service after the sale, and that is important to me. He understands that I can't have my equipment down for extended periods of time, because that will affect my customers that purchase the material from me. My regular service is usually done on Saturdays, so I can keep everything going, and he's even met the techs after hours with needed parts to get them into my machines. Rob has become more than partner with us … he is now an ally and a friend."

BRS recently rotated the original loaders out and replaced them with three new 844Ls. In addition, the company also purchased a 135G excavator, 333G track loader and a 744L, for some of the smaller tasks.

Arruda's business changed, too. Most of the original material the site had provided had been exhausted, so he expanded the business to include recycling, and now BRS can be paid to take waste material and then, through crushing and screening, sell a viable product as an alternative.

"We don't want there to be a material that we can't process, so we spent the money and purchased a jaw crusher and an impact crusher. We take material being removed from job sites that is considered waste, and turn it into a viable product that someone else can use, at an affordable price."

Recycling has become a staple of the business as it continues to grow.

For the raw virgin material that is needed, other pits have been purchased and utilized to bring that into the main yard. It is then processed through screeners to make the separate end products that BRS provides. Among the most common materials that it sells are stone from 3/8 in. minus up to 1 ½ in. minus, washed and screened sand, even mulch that it makes on site.

Most of the customer base is located within a two-hour radius.

"If they get much further than that, it makes it harder for us to service them, and we don't want to let our customers down. We have good relationships with other material providers and we will refer them, as they do us. It really works out well for the customers, and there is nothing that comes before that." 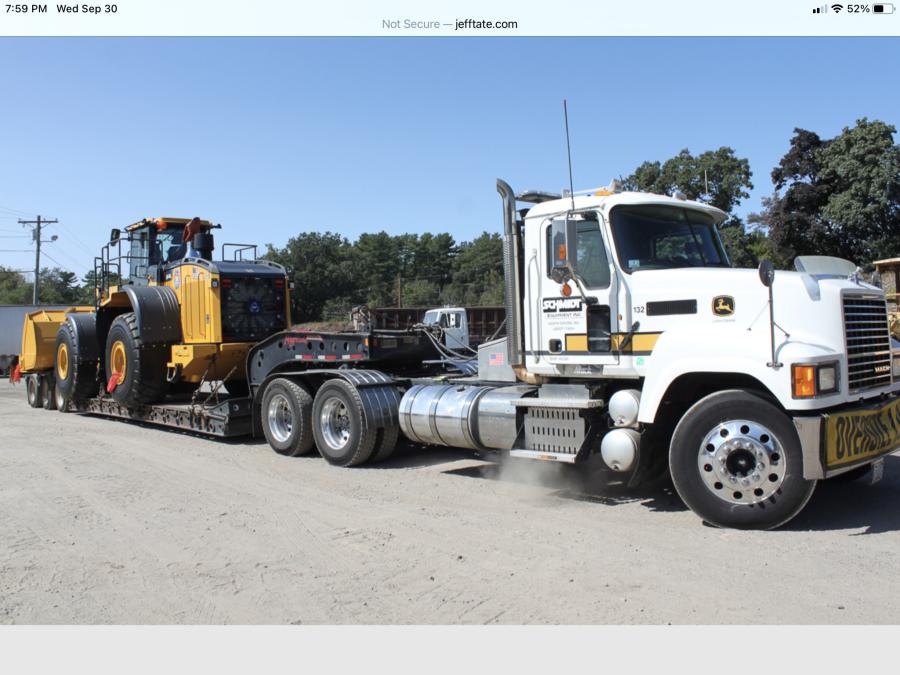 Another product that Arruda has put a lot of effort into is custom soil and blending. In the early 2000s, the company was involved in making the soil mixtures for golf courses located around the area.

"We had them come here and set up their equipment, and we would run some material mixes. We kept separate piles and they would test and tweak what they wanted. When they found what they needed, we had the information to make a large enough batch for them to use. It was pretty neat and exciting because that isn't something you get to do every day. The demand on the soil at a prestigious golf course is quite a lot and you have to get it right."

Sons Joe Jr. and Brandon are now a part of operations, one helping with day-to-day operations while the other assists more with site work. However, all three work together and can jump in wherever needed.

"We all have the parts that we handle and focus on, because there is so much going on every day here," Brandon said. "But we are all in constant communication and each of us has a say in what we do. My dad has included us and pushed us to learn every part, and I am glad that he has."

The next step is in the plans and ready to start moving forward in 2021 — the Arruda family wants to build a modern office facility, where the paperwork, scheduling, scales and customers all go together.

"It was important to me to have a building we can be proud of, but also is functional for what we do," Joe Arruda said. "I don't want the office staff to have to hear the work going on in the shop, not being able to communicate clearly with the customers. This is the next big step for us to continue to grow, and I am excited to finally be in a position where we can accomplish that."

Supporting veterans also is something BRS is passionate about, and approximately half of its work force are veterans.

"We take pride in giving back to those who served."

Edge Innovate's E SM186 wheeled mounted screener is a highly efficient screening solution designed for the most difficult and demanding of applications including recycling, soils, aggregates, compost and demolition waste, according to the manufacturer.

Richard Adamo and his team feel a little irked that they did not bring purpose-built material handlers into their demolition business sooner than they did.

Success of Florida's J. McKinnon Due to Integrity, Efficiency →

The task of building Florida's mammoth Brightline Trains extension from West Palm Beach to Cocoa, then west to Orlando International Airport, is a Herculean one for any of the contractors on the project.

DD Shipping NV, a member of the Square Group, is a stevedoring company for dried bulk goods and general cargo.

McCloskey International has introduced new feeder stackers to its lineup — the RF80 and the RF80R.

In its 85 years of operation, Gaeta Recycling has seen a lot of machines pass through its yard. Michael Portannese is the fifth generation of his family to lead the operation.