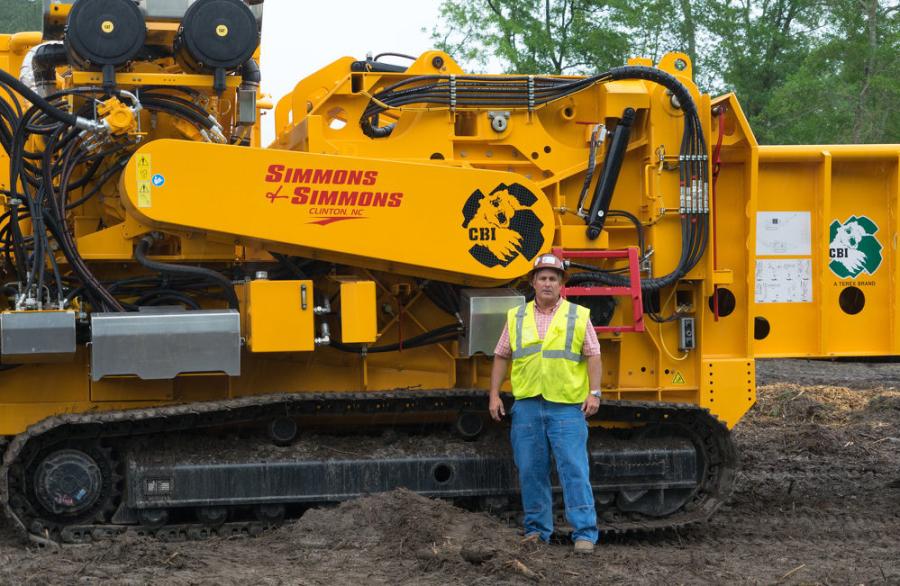 David Simmons started out in 1986 with a front-end loader that he’d use for small lot clearing jobs and various agricultural work. He worked for himself and took on one job at a time.

David Simmons started out in 1986 with a front-end loader that he'd use for small lot clearing jobs and various agricultural work. He worked for himself and took on one job at a time.

"I was right out of high school with one front-end loader," Simmons said. "A lot of it was small lot clearing jobs for office buildings and that type of work, and then the clearing side of the business just kept getting bigger and bigger."

Quality work led to more customers through word of mouth.

In 1999, Simmons took on a pit burning job where waste would have to be processed and eventually he added a tub grinder to his fleet. The business became established in the material processing side but only kept the tub grinder for about 18 months.

One of the advantages of changing from a tub grinder to a horizontal grinder is the mobility in difficult landings for site development and roadside clearing. In many of the jobs Simmons & Simmons began taking on, the terrain and landing space required a tracked horizontal grinder for top performance. Adding a mobile unit also opened up more contract opportunities.

‘All in' on Grinding Business

In 2000, David's father Estel Simmons went into the grinding business with David and they diversified income streams with a variety of work. By 2007, they also had expanded into the residential garbage business. Even during the economic downturn in 2008, the business remained stable, added a second horizontal grinder and didn't lay off a single employee. They were in a great position to expand and take on additional work in the region.

With the business growing, they decided to shop around for a horizontal grinder that could meet the real-world demand of grinding contracts and eliminate downtime. 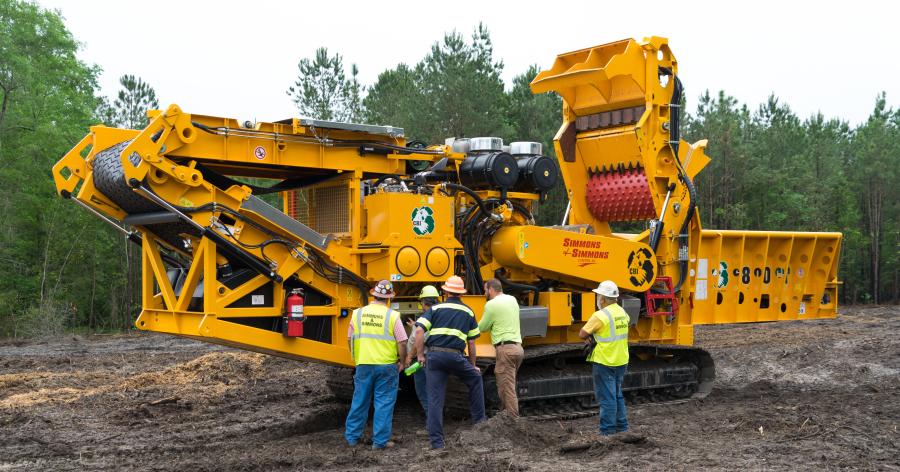 That's when they added their first CBI.

"We looked at the other horizontal grinders and then we saw the durability of the CBI," Simmons said. "The metal that was in them, how the hammermill was configured, the access to the hammermill with the feed box that will raise up so you can get in there and work on everything — that was one of the biggest selling points to us for CBI. We called around and talked to two or three customers who had different types of machines, and we were getting more positive feedback from the people that were running CBI."

CBI horizontal grinders have been purpose-built to outproduce, outperform and outlast all other grinders on the market and reduce a customer's total cost of ownership, according to the manufacturer. For the tough clearing applications that Simmons & Simmons regularly encounters, maximum uptime and production tonnages are key to making the operation profitable.

Good equipment combined with their talented team has made an impression on clients and other contractors. Outproducing the competition on a daily basis passes a cumulative value along to customers over the course of weeks and months.

Making an Impression With CBI Grinders

"We did a 10-mile gas line last year and brought two CBI grinders to the project," Simmons said. "The company that we were working for said they haven't seen one get that much footage in a day's time ever before in the type of wood that we were in. Every job we go to that we've had the CBI grinders on it, all the contractors have made comments on how the machines were not down compared to other grinders that have been on their jobs in the past. It would get more acres done in a day than a competitor's grinder."

Machine performance has also been key to satisfying different customers. Tips, screens and unrestricted controls can be tailored to an exact balance of maximum production and precise final product sizes.

All of the business' end product gets re-used. About 30 percent of it is brought to a nearby power plant to be burned as fuel. The rest of its end product is trucked to different mulch yards in the region where it goes through a regrind application and is sold as wholesale mulch. The Simmons & Simmons team will usually run 3-in. tips on all of its grinders with 3 x 5 screens on the bottom. It uses 6 x 9 screens on the top for jobs that require maximum production and finer 1 x 2 screens for customers that require final mulch sizes straight off the truck.

The company can take on a number of different projects with the versatility of its fleet.

"I've got one CBI grinder that's got about 3,400 hours on it and 90 percent of what it does is landfill work," Simmons said. "Our operator travels around to different municipalities and when they haul their yard debris in, their leaf and limb, we go in and grind all that up and use that for mulch. Part of it is used for daily cover or slope erosion control. At some landfills, we'll haul it out for an end user. In some areas, we'll grind pallets. Some will make playground mulch out of it. I've got another customer that's in the composting business. He uses ground up pallets to lay over the blow pipes inside the building so that air can get up into his piles so it will compost out quicker."

The peace of mind from CBI's durability has not been taken for granted.

"If you get a cheap grinder you'll get a cheap product," Simmons said. "We don't have time to be sitting here and working on a machine half the time instead of running it. People just don't have the patience for that and we don't either. We had to have something that had big production and CBI was the only machine we felt could do the job."

The Simmons & Simmons team takes a great amount of pride in their work and emphasizes meticulous care of their fleet. They'll bring a pressure washer to their machines at least once a month to keep their job sites clean and looking sharp. Every piece of equipment they run has a sticker that says "Take pride in yourself and your job and your equipment every day and you'll get a good result in the end." 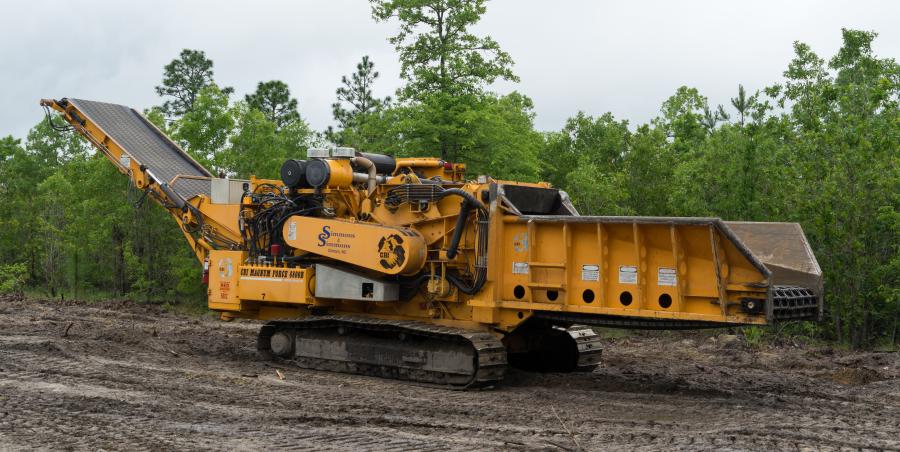 That philosophy has paid off.

The company still runs its first CBI 6800 today and it has more than 10,000 hours on it. Beyond its production and performance, the longevity of their machine has contributed a significant return-on-investment.

"We had 10,000 hours on our 6800 before we changed the mill liner plates inside the hammermill — and they weren't worn out they were just getting thin so we changed them," Simmons said. "We have very little downtime with a CBI."

With the help of the company's local dealer, Powerscreen Mid-Atlantic, the machine was successfully put into commission on a roadside clearing job in late May. As of June, Simmons & Simmons has 39 employees and runs their four CBI grinders every day.

ERC Relies On Sandvik Line of Equipment in Arizona →

Epiroc, a productivity partner for the mining and infrastructure industries, is launching a 24/7 self-service video series designed to help operators and service technicians maximize their uptime of Epiroc equipment.