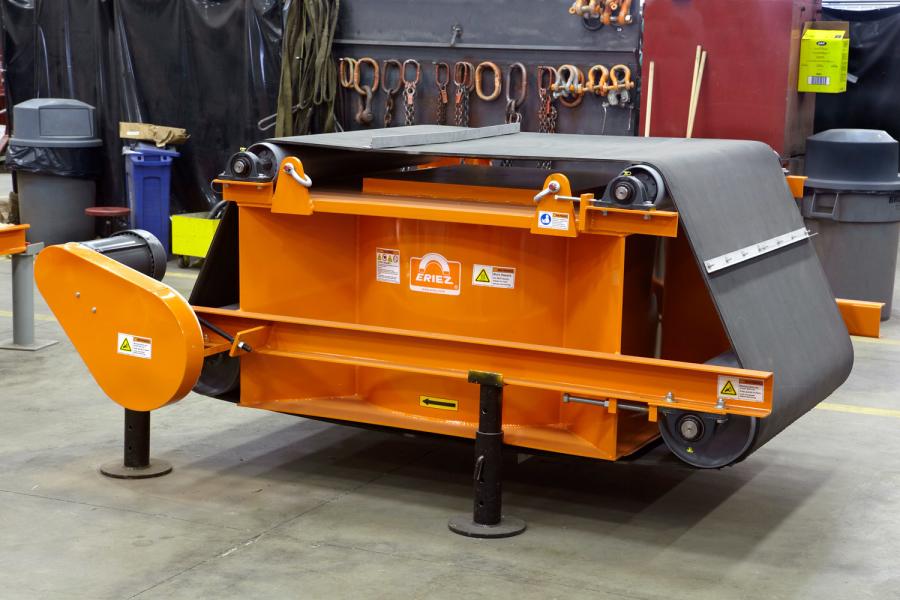 “Our dry-type suspended electromagnets do not contain any transformer oil inside, so there is no flammable liquid that could catch on fire,” said Bill Dudenhoefer, market manager, heavy industry

"Our dry-type suspended electromagnets do not contain any transformer oil inside, so there is no flammable liquid that could catch on fire," said Bill Dudenhoefer, market manager, heavy industry.

"These magnets utilize a thermal epoxy to transmit heat to the outer magnet shell for cooling."

While other magnet manufacturers provide their magnets for hazardous locations, they do not have third-party approval for their designs, according to Eriez.

"Many competitors' magnets have transformer oil inside which poses a fire risk," said Dudenhoefer.

The Series 700U explosion-proof and Series 800 air-cooled magnets offer the traditional quality, performance, reliability and value of Eriez electromagnets, with added features to increase safety, productivity and profitability. Eriez dry-type suspended electromagnets are designed with a special static conducting self-cleaning belt to eliminate sparking from static electricity. A zero-speed switch stops the unit in the event of belt failure or jamming.