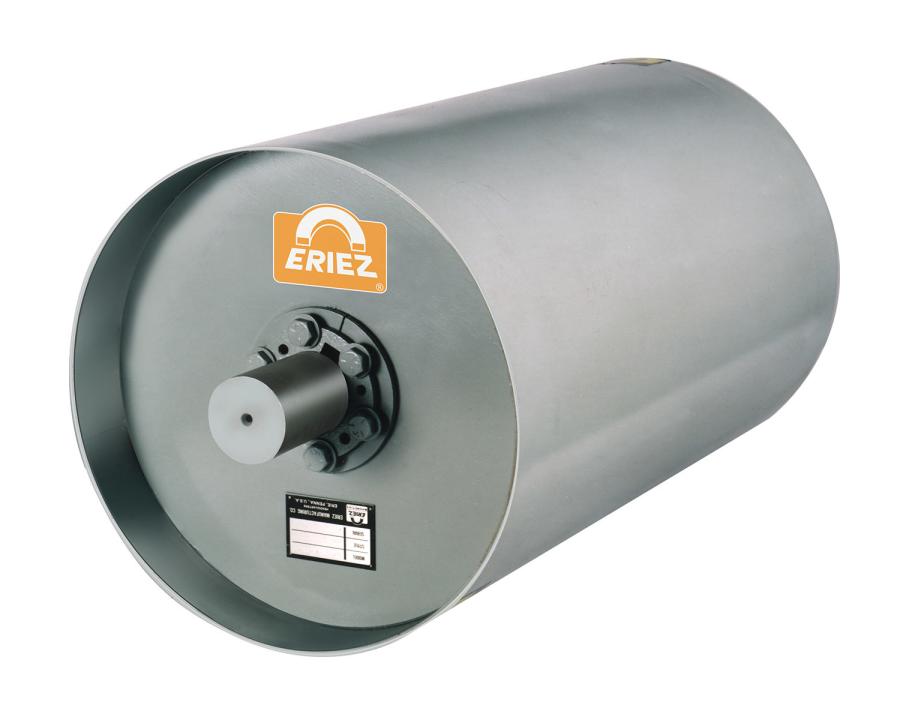 Eriez magnetic pulleys are built to stand up to the harsh demands of severe applications involving extra long conveyors, heavy loads or start–stop operations. Units are finish painted and hub bore holes are coated to prevent rust or pitting.

Eriez magnetic pulleys are offered in a wide range of diameters to satisfy customers' unique needs. Larger sizes can be built to order. Options available in the magnetic pulley line include custom pulley face widths, shafts and lagging.