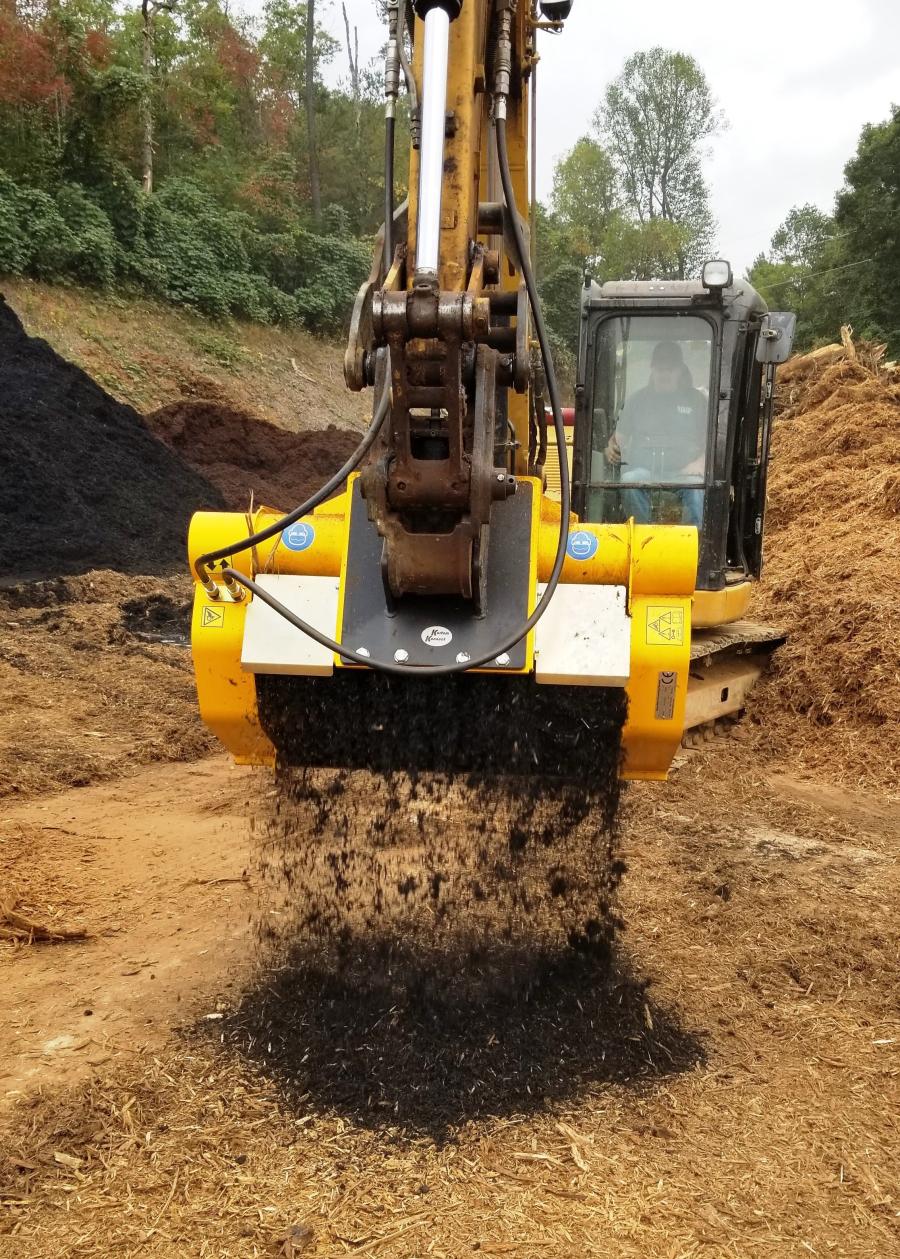 Tony Shuler of Shuler's Mulch and Grading is a resourceful contractor who seems to have a track record of identifying and capitalizing on trends and moving on when others follow his lead. It should be no surprise that he purchased a Gyru-Star compact screening bucket from Ransome Attachments before the first batch had even arrived from the UK. Shuler and his son Austin, however, started out as skeptics.

Shuler's Mulch and Grading provides grading services, and supplies mulch, dirt, rock and sand throughout western North Carolina from its Franklin headquarters. Shuler started out running a backhoe service roughly 35 years ago and handles the grading aspects of the business. Austin is in charge of material supply.

Shuler's dislike of waste is what lead him to seek out a screening bucket.

"We always have a bed of nasty root mat and bark and we have to dig it up and haul it off," he said. "I wanted a way to screen it because it was too wet to run through the screening plant."

When he began the search for a screening bucket, Ransome was an obvious starting point since Shuler acquired a Black Splitter S2X 800 log splitter from the company in 2015 and had a positive experience.

Owner Eric Ransome informed him that he had just picked up the line through Wheatway Solutions Ltd. and planned on getting the first shipment from the UK in the coming weeks. The timing was perfect. Shuler purchased a Gyru-Star compact screening bucket from Ransome Attachments soon thereafter.

"Eric said if I didn't like [the Gyru-Star] I could give it back to him, so shortly after it arrived, I called him and said, ‘come get this thing; it's not going to work," he said. "It's got plastic teeth, and being in the grading business, we know anything plastic isn't going to last."

Ransome agreed to take the Gyru-Star back, but asked Shuler to give it a shot before finalizing the decision. After a half hour of running difficult material through the bucket, the skeptical father and son team reversed course.

"It's hard to impress me because I think things ought to work better than they do, but this works really good."

The Shulers went from being skeptical about the polyurethane stars to believing them to be superior.

"This [polyurethane] works better than the metal because the buckets I've looked at with metal crush, too," he said. "I didn't want to crush; I just wanted to separate my limbs, sticks, and root mat from the dirt. This is also cheaper than doing it with those other buckets." 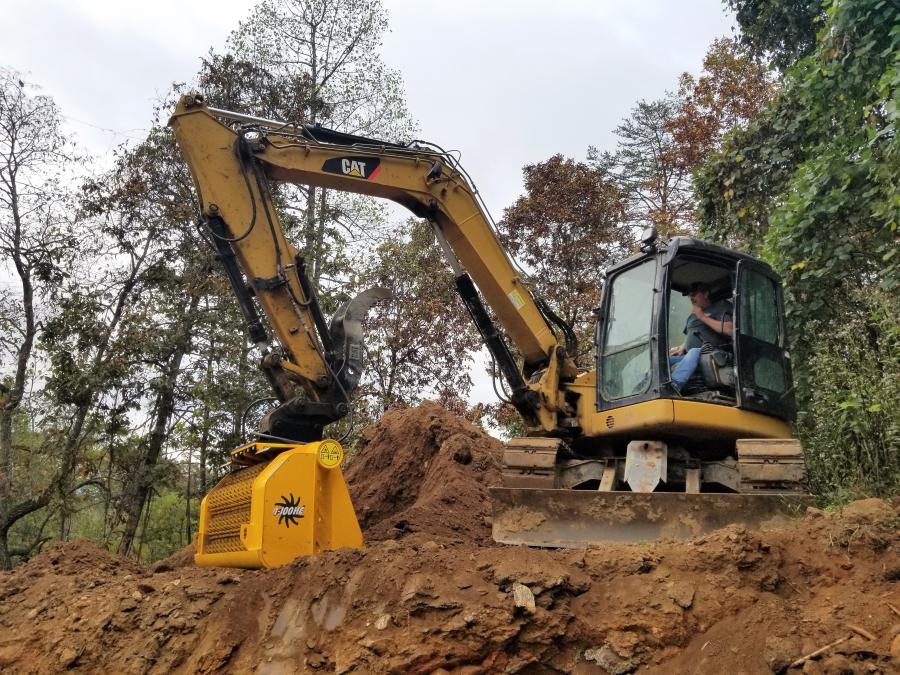 Shuler has the Gyru-Star mounted on a Cat 308 CR mini excavator, although he interchanges it with a bucket as needed. The attachment works both in the yard and in the field.

Shuler already owns a large track-mounted screening plant, but it churns out smaller rocks with caked on dirt, which renders the material unsellable. He had grown accustomed to paying to haul away all of the material for proper disposal. The Gyru-Star has allowed him to extract clean topsoil and small stones and sell them. Shuler not only reduced waste to a fraction of what it once was, but discovered two new sources of revenue in the process.

The Gyru-Star also has improved the mulching process. Shuler typically buys single ground bark mulch from sawmills and regrinds it even though a portion of the material does not require regrinding.

"Instead of running a $600 to $700 dollar an hour grinder to grind it the second time, I'm getting half of it out with this bucket and it's only costing me $100 an hour."

Mobility has been a key issue for Shuler, too. He was accustomed to having to set up and load the screening plant while also allowing a 100-ft. radius. Now he simply drives the Cat 308 with Gyru-Star bucket to wherever the to-be-screened material lies.

"You might run it for two or three hours, and you're going to spend an hour or two doing something to it. With the Gyru-Star, you just screen it and you're done."

Productivity has been impressive as well. Shuler was taking 2 ½ minutes to feed the grinder with a three-yard bucket and cranking out about 2 ½ yards of topsoil per minute. He expects to nearly double that with the Gyru-Star.

"In good dirt, it wouldn't surprise me if we screen three or four yards a minute."

But the dirt to be screened is not always good. In western North Carolina, Shuler sits on a mixed bag of clay and sandy soils. Perhaps the biggest surprise was that the Gyru-Star was able to screen the wet material his plant never could.

"It screens the wet just like the dry," he said. "That surprised us all."

The Gyru-Star, originally viewed with a healthy dose of skepticism, has become a game changer for Shuler's Mulch & Grading.