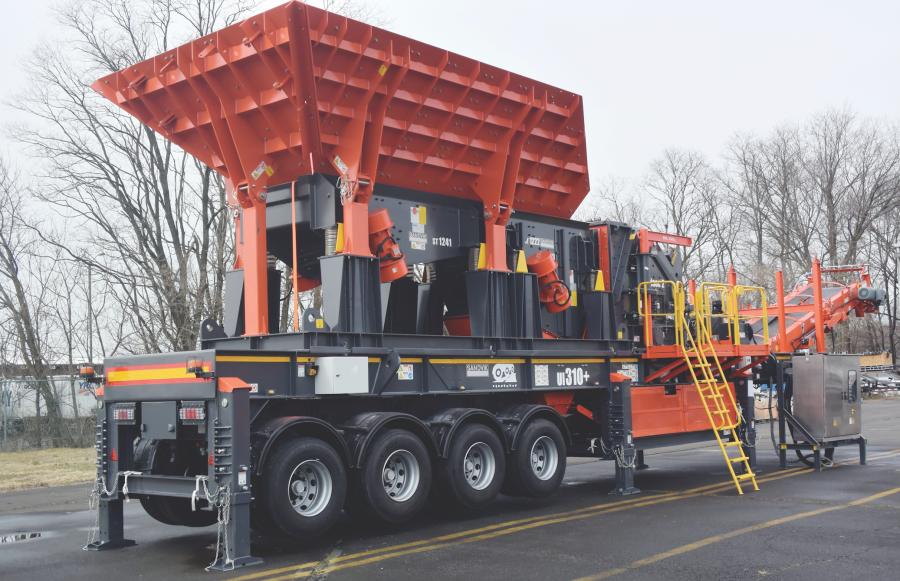 Sandvik Mobile crushers and screens is widening its mobile offering into the U.S. and Canadian market with the launch of the Sandvik UJ310+ jaw crusher and the new Sandvik UI310+ Prisec impact crusher. Electrically driven they offer a cost-effective solution for aggregates producers who require the productivity and reliability of Sandvik crushers, yet don't require the onsite mobility of tracked plant.

Sandvik's wheeled range of mobile crushing and screening units are durable and give outstanding levels of productivity, according to the manufacturer. Designed for flexibility, many combine primary and secondary crushing as well as screening in one unit. They are modular and can operate as independent units or be inter-locked to work in a train to produce a range of fractions.

The Sandvik UJ310+ offers a highly economic wheeled jaw crusher for primary crushing needs. It features the reliability and high performance of the Sandvik CJ411 jaw crusher and comes complete with a double deck vibrating pre-screen. Assembled on a single trailer frame and mounted on a quad axle bogie, it is easy to transport via a low loader and quick to set-up.

The Sandvik UI310+ offers a wheeled impact crusher mounted on a quad axle bogie. It features the highly modularized Sandvik CI512 Prisec impactor, which enables the flexibility to configure one base crusher into either a primary or a secondary configuration. The Sandvik UI310+ also comes complete with a double deck vibrating pre-screen for greater efficiency and higher productivity, according to the manufacturer.

Key customer benefits with this range include the reliability of Sandvik technology, simple and safe operation combined with low operating costs. All models have been designed for quick set-up and trouble-free operation with easy maintenance and user-friendly operational features.

A number of value added features provide a range of benefits to customers.

The units can be operated through a main electricity supply or separate power generator. The full electrical drive ensures high energy efficiency with low emissions and low-cost operation of the plant. All drive controls are housed in a central control panel unit, which is certified and can be located at ground level.